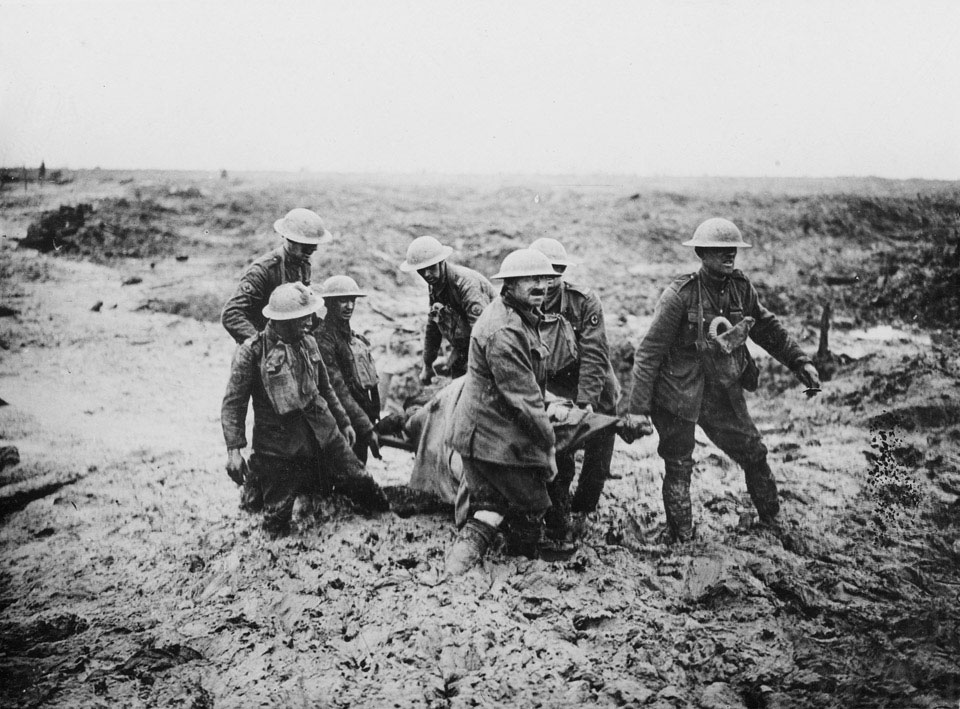 Soldiers evacuating a wounded man on a stretcher through muddy terrain, 1917 (c)

In some sectors of the front line the struggle with the weather could be harder than that with the enemy. Artillery bombardment could rapidly destroy even the most elaborate trench system. At the same time bad weather and the destruction of the pre-war drainage ditches led to widespread flooding of the shell-churned landscape. Troops had no choice but to carry on no matter how muddy it became.

From an album of 21 official photographs.