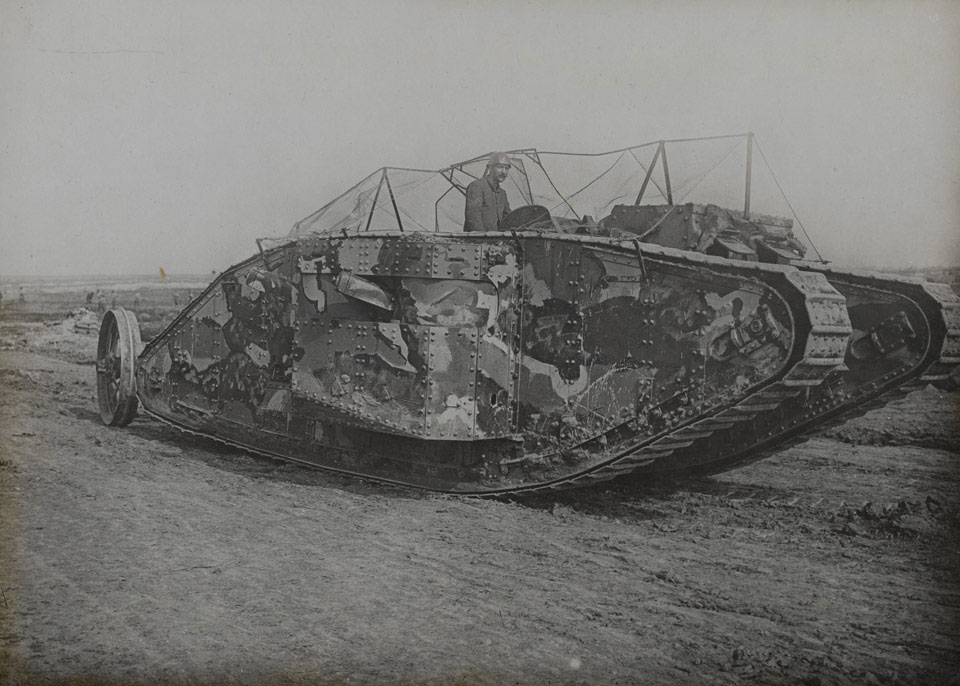 Tanks were first used on the Western Front in September 1916 at Flers on the Somme. It was hoped that they would cross no-man's-land and the enemy trenches, destroying machine gun emplacements, wire and dugouts in the process. Although the tanks broke through they were unreliable and many broke down or became isolated. They were also too few in number to help secure outright victory.

From an album of 26 photographs.