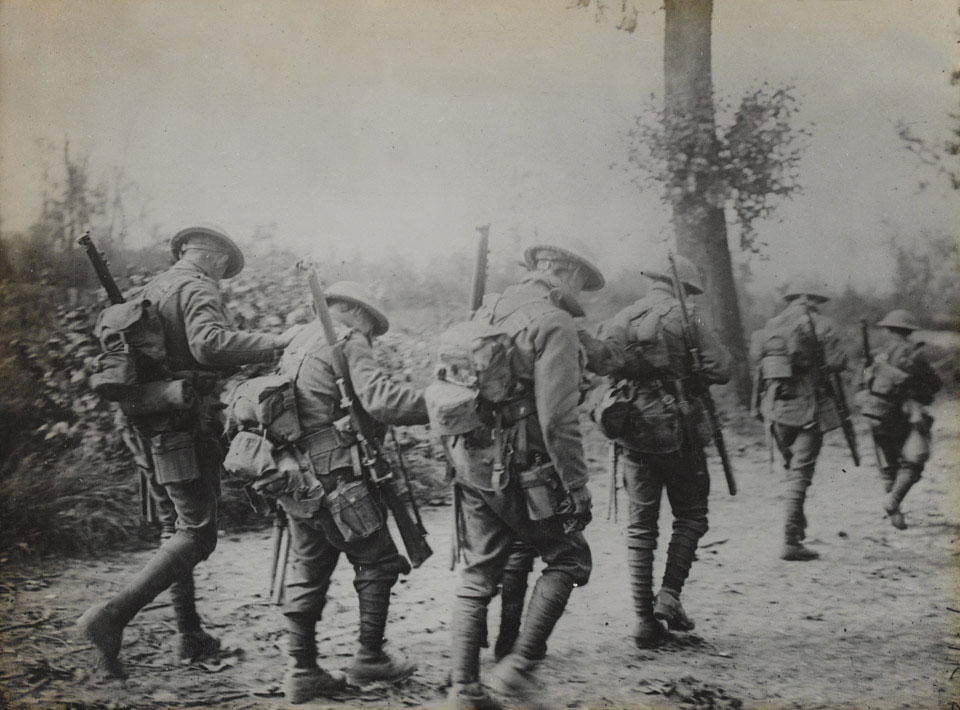 By 1916 the British soldier's load in full 'marching order' exceeded 60lbs. This included a haversack, toothbrush, razor and case, shaving brush, comb, greatcoat, gas mask, mess tin, rations, waterproof sheet, goggles, ammunition, mills bombs, water bottle, wire cutters, field dressing, pull through, webbing, entrenchment spade and bayonet. This was in addition to a rifle and steel helmet. Soldiers would rarely carry such a heavy load into battle as it would restrict their movement.