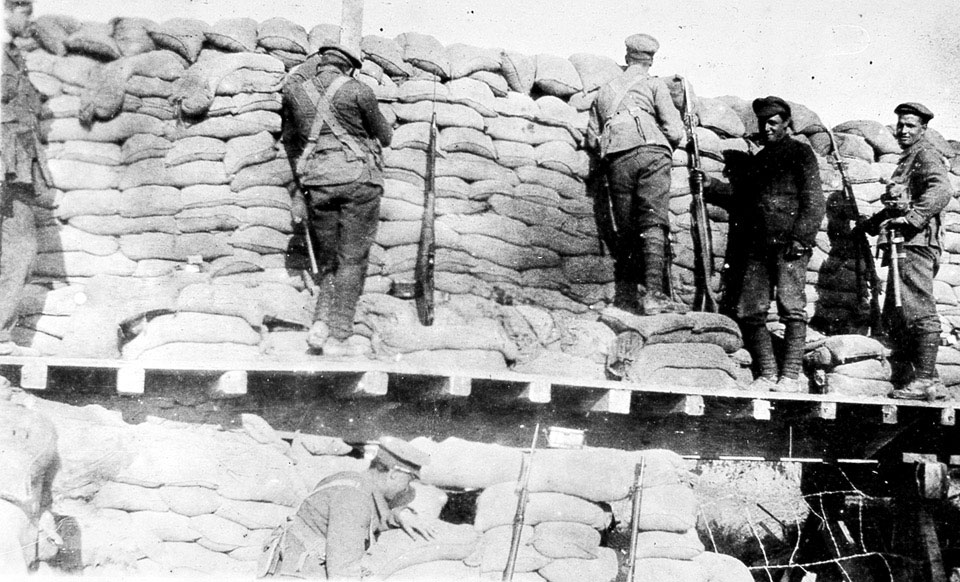 Soldiers from 2/2nd Battalion The Royal Fusiliers (City of London Regiment) man their trenches. They had landed at Cape Helles on 13 October 1915 and went into the line with the Royal Naval Division.