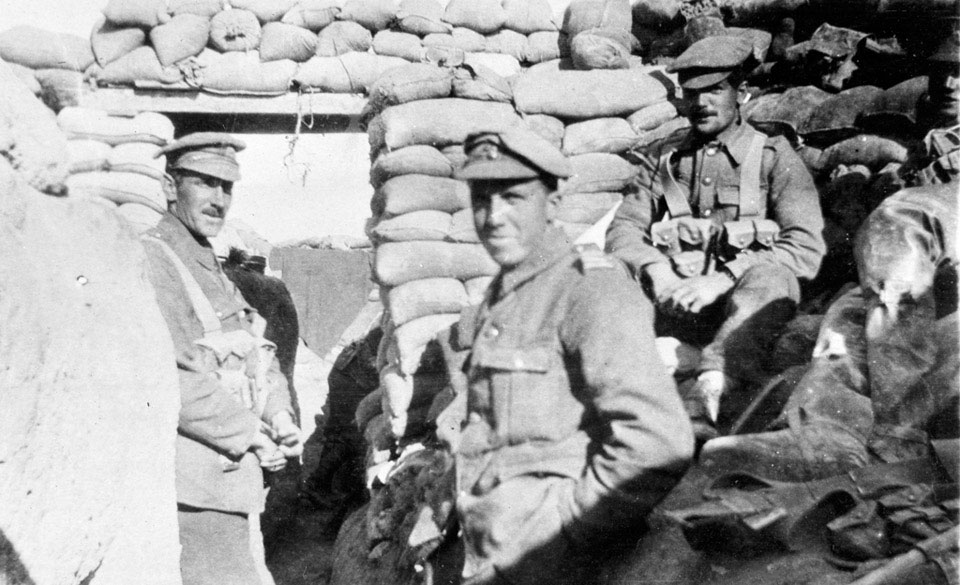 Soldiers from 2/2nd Battalion The Royal Fusiliers (City of London Regiment) pose for a photograph during a stint in the trenches. They had landed at Cape Helles on 13 October 1915 and went into the line with the Royal Naval Division.