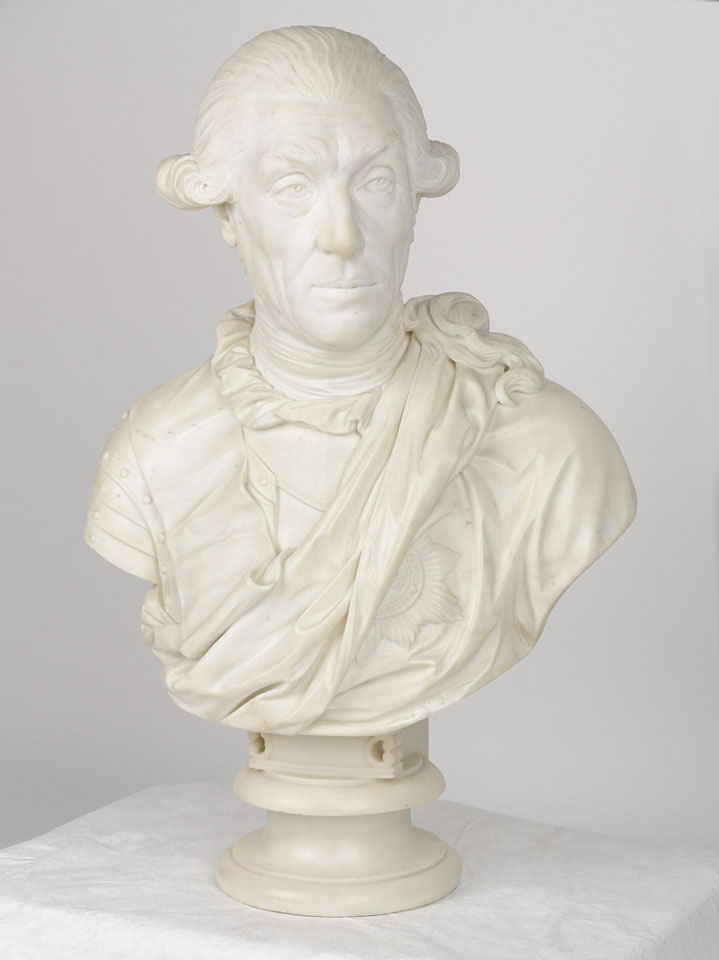 General Sir Eyre Coote, Commander-in-Chief of the Army in India, 1779

The son of a clergyman, Eyre Coote (1726-1783) was born in Ireland and entered the Army at an early age. After narrowly escaping disgrace for alleged misconduct at the Battle of Falkirk (1746), he sailed for India with the 39th Regiment of Foot. He was with the regiment as a captain in 1756 when it formed part of Robert Clive's expedition to Bengal to avenge the 'Black Hole of Calcutta' atrocity. Coote went on to play a considerable part in the victory at Plassey (1757) and was subsequently gazetted Lieutenant-Colonel commandant of the 84th Foot, in 1759. As senior officer, he then assumed command of all the troops in the Madras Presidency.

Victor of the Battle of Wandewash (30 November 1759) and other desperate engagements in India, Coote was known to his Indian troops as Coote Bahadur (the hero). He was soon locked in combat with the great Haidar Ali, Sultan of Mysore and his French allies. Time and again Coote came close to disaster in pitched battles against overwhelming odds: time and again he succeeded in pulling off a victory. Eyre Coote was a figure of critical importance in the conquest and preservation of the British Empire in the 18th century.

This bust was sculpted in 1779, the year in which Coote was appointed Commander-in-Chief of the Army in India. His renowned dignity and force of character are eloquently conveyed by Nollekens, who usually completed his portraits directly from life with a final sitting.

Purchased with the assistance of the National Heritage Memorial Fund and the Art Fund (formerly the National Art Collections Fund or NACF).