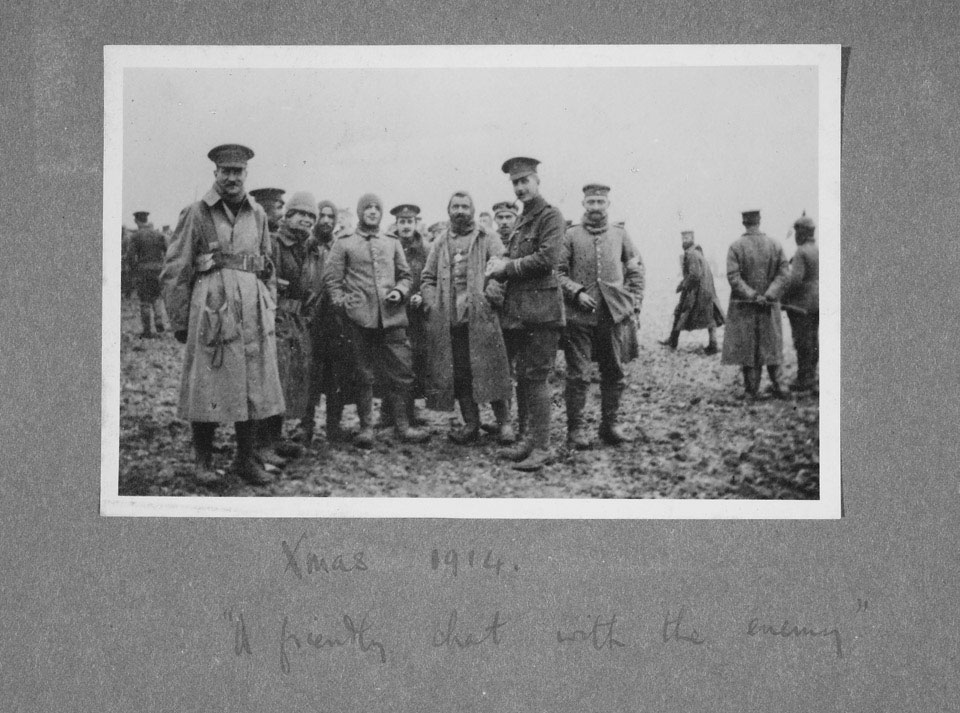 During Christmas 1914, along parts of the Western Front unofficial truces between British and German soldiers took place. In the trenches on Christmas morning carols were sung and rations thrown across the opposing lines. It was not long before the more adventurous soldiers started to take matters into their own hands and venture into no-man's-land.

Here they exchanged food, tobacco, cigarettes, drink, badges and buttons. Both sides saw the lull in fighting as a chance to find the bodies of their comrades and give them a decent burial. Although strict orders were issued against fraternization by the High Command, many junior officers tolerated the truce and allowed events to take their own course. They never doubted that eventually the fighting would resume in all its fury. They were proved correct. For the rest of World War One (1914-1918) there was to be no major repeat of the 1914 truce. The event acquired semi-mythic status and has since been celebrated as an act of humanity in a brutal conflict.

From an album of 84 photographs compiled by Lieutenant-Colonel A F Logan MC, East Surrey Regiment and 21st Prince Albert Victor's Own Cavalry.