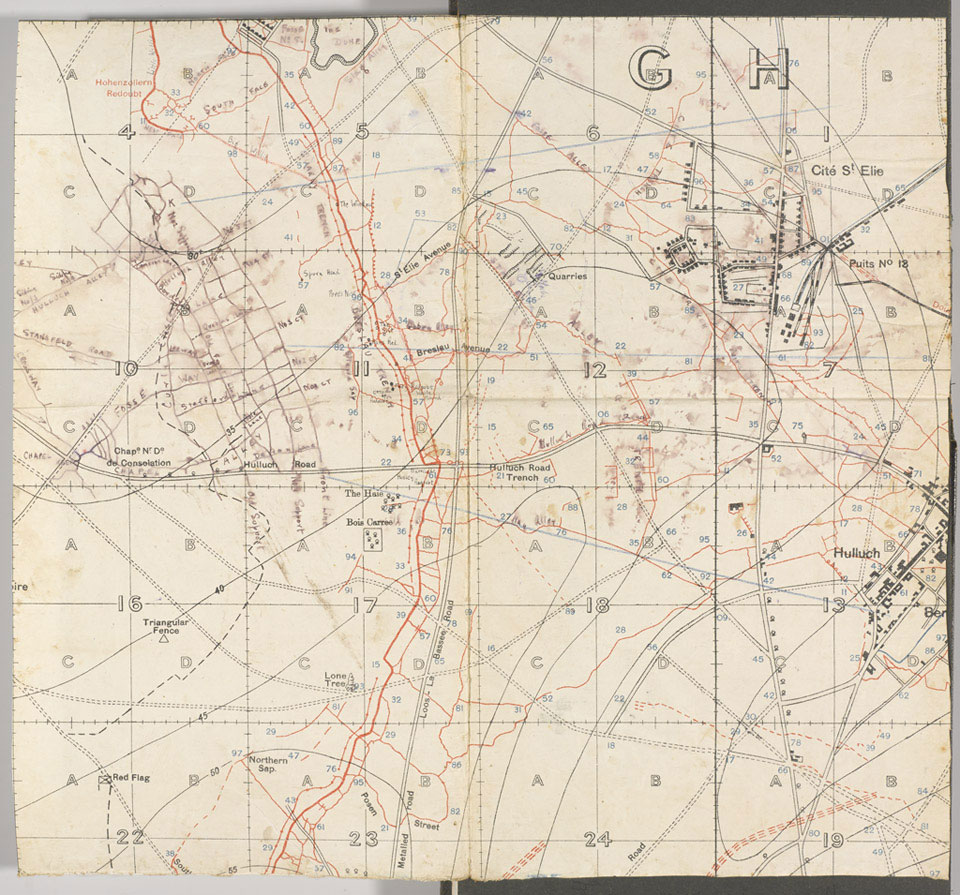 Trench map of 7th Division frontage of attack at the Battle of Loos, 25 September - 5 October 1915

On 25 September 1915 the Allies launched a new joint attack. The French went on the offensive in Champagne and Artois, whilst the British fought at Loos, where they used chlorine gas for the first time. Despite heavy casualties, by the end of the first day the troops had succeeded in breaking into the enemy positions near Loos and Hulluch.

Supply and communications problems, along with the late arrival of reinforcements, meant that the breakthrough could not be exploited. The attacks ground to a halt and by 28 September the Germans had pushed the British back to their starting points.