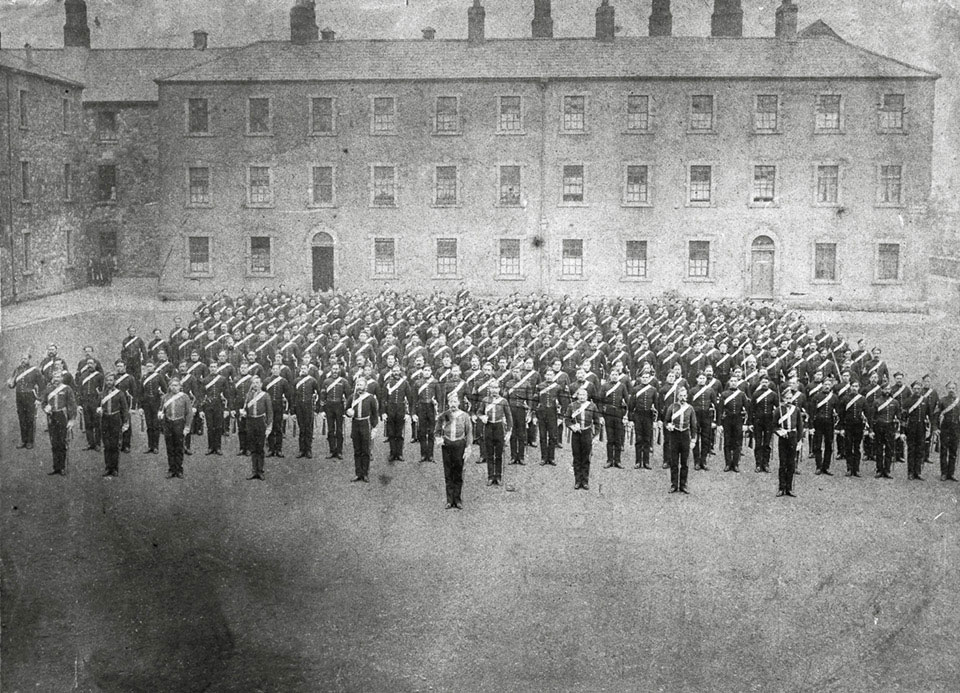 The Royal Barracks (now know as Collins Barracks) were built in 1702, and further developed in the late 18th and 19th centuries. The complex's main buildings are neo-classical in style and housed British troops until Irish independence in 1922.