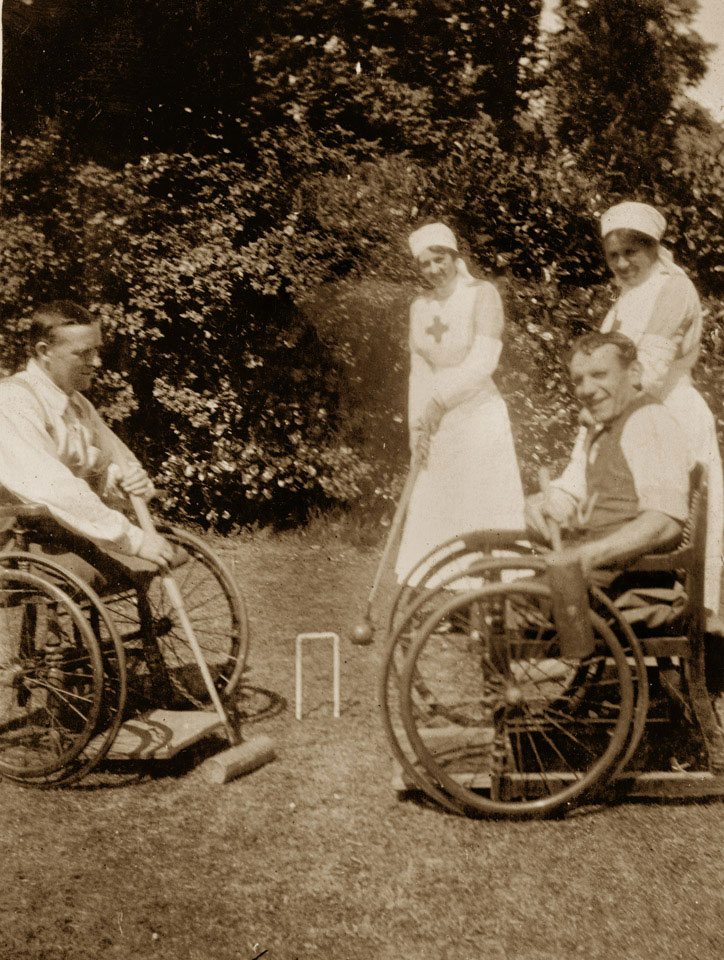 Over two million men in the British and Commonwealth armies were wounded during the war. Thousands of men suffered long-term disabilities caused by amputation, blindness, disfigurement and poison gas damage to heart and lungs. Others had mental health problems caused by the psychological traumas they had experienced. Improvements in artificial limbs, plastic surgery, facial reconstruction techniques and psychiatry brought some relief, but many were left to fend for themselves with little financial or social support from the state.

One of 27 photographs relating to the stay of Private Lancelot L Blakemore, East Surrey Regiment, at Eden Hall Convalescent Hospital, 1914-1918.