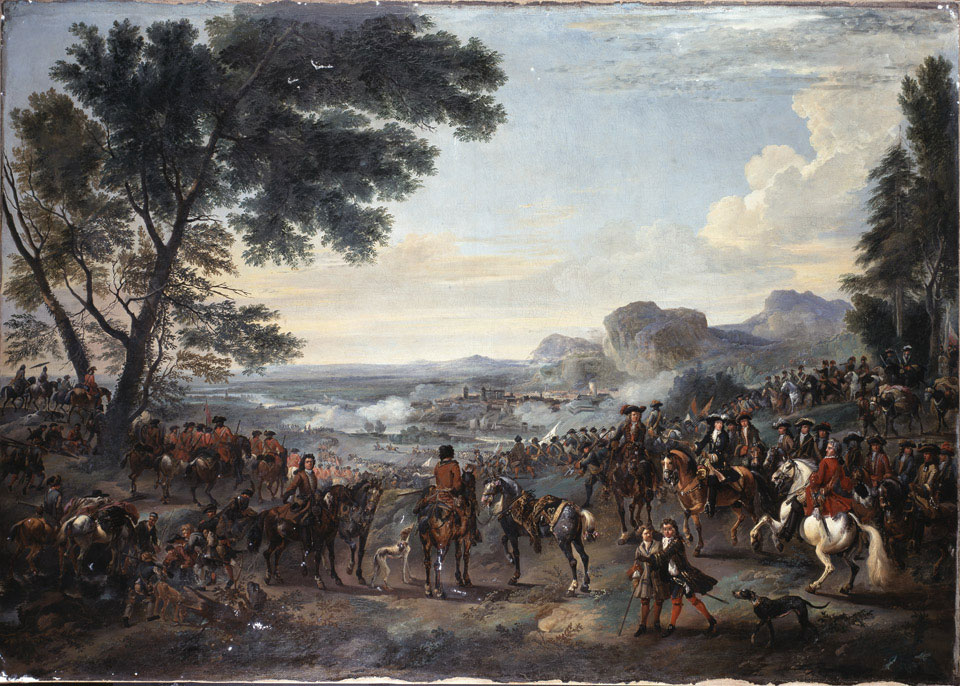 King William III and his army at the Siege of Namur, 1695

A rare contemporary depiction from the Nine Years War (1689-1697), this painting has been hailed as Jan Wyck's masterpiece. It is also unfinished, possibly left incomplete on the artist's death, and providing an interesting insight into the way he constructed his paintings.

Situated at the confluence of the Rivers Sambre and Meuse to the east of Charleroi in the Low Countries, the city of Namur occupied a key position for control of the Austrian Netherlands. Previously fortified by the great Dutch engineer, Baron Menno van Coehoorn (1641-1704), Namur was considered to be one of the strongest citadels. However, to the humiliation of King William III (1650-1702), in 1692, the French besieged and took the city in 27 days. The city's defences were then improved by the French King Louis XIV's great engineer, Sebastien le Prestre de Vauban (1633-1707).

Although it was generally considered impregnable, in June 1695, the allied army of King William III, assisted by Coehoorn, laid siege to the stronghold and retook it after two months. The Royal Regiment of Ireland led the storming of the citadel, which resulted in its capitulation on 1 September.

The taking of Namur, made famous in literary history by Uncle Toby's mysterious 'wound' in Laurence Sterne's novel, 'Tristram Shandy', was the most ostentatious British achievement in the Nine Years War. However, the regiments that took part in the siege did not receive Namur as a battle honour until 1910, when it became the earliest action to be commemorated on British Army colours.