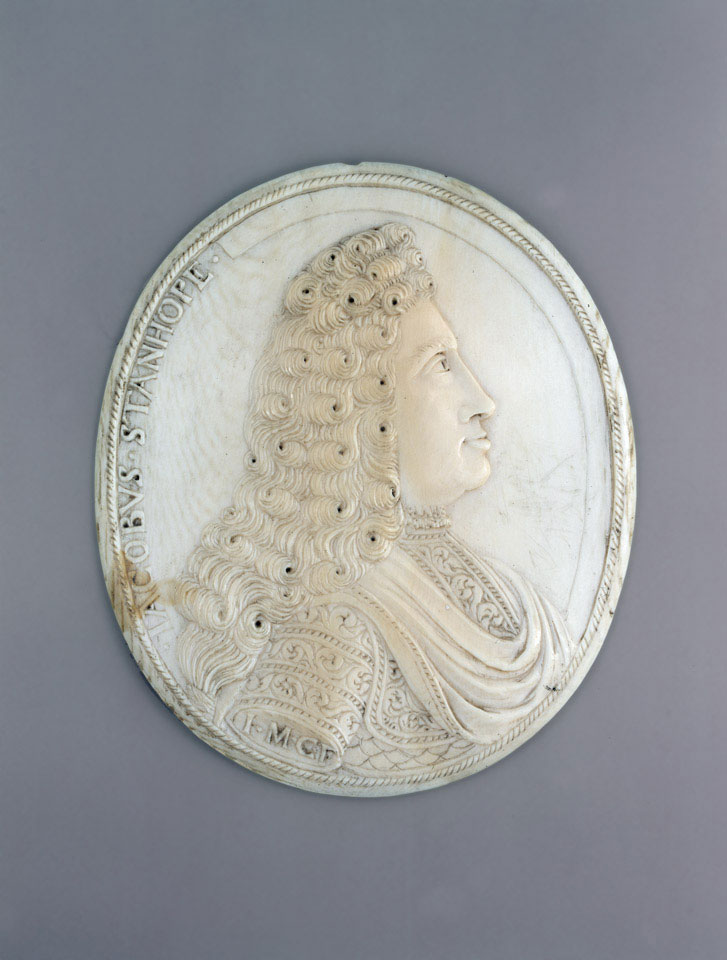 During the War of the Spanish Succession (1702-1713), Stanhope (1673-1721) served with British forces in Spain and Portugal under the command of the Earl of Peterborough. Always in favour of bold and aggressive action, he played an important role in the Allied capture of Barcelona in 1705. In 1708 he was appointed Commander-in-Chief of the British forces in Spain, and in 1710 he commanded the left flank of the Allied Army at the Battle of Saragossa, where Bourbon troops were thoroughly beaten. His military career ended in December 1710 when he was captured.