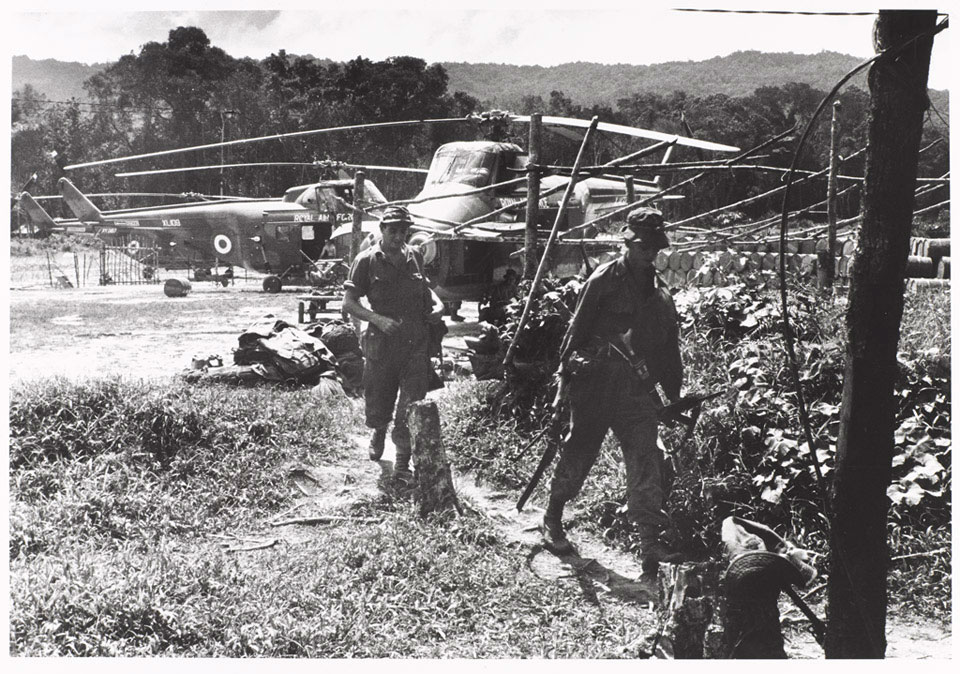 Soldiers at Nanga Gaat, an SAS base on the Rejang River, North Borneo, 1964

At one stage, a Special Air Service (SAS) force equivalent to a battalion was engaged in North Borneo where they resisted Indonesian attempts to cross the frontier and establish bases in the jungle. They also mounted secret cross-border raids into Kalimantan to pre-empt Indonesian attacks.