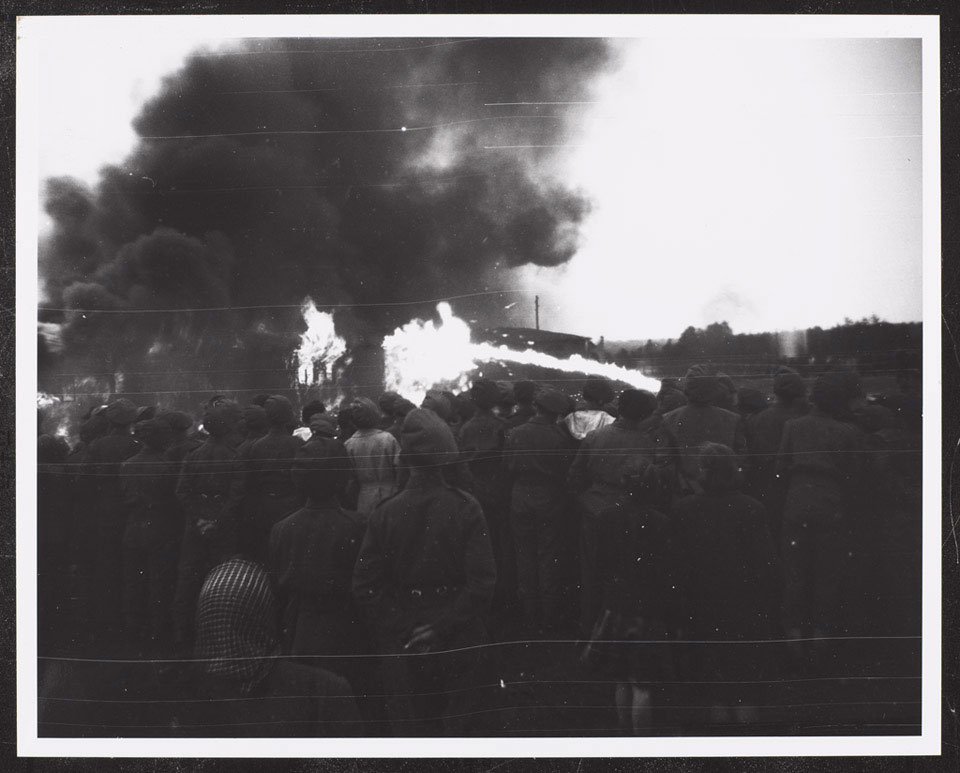 The burning of Belsen Concentration Camp, Germany, 2 May 1945

Belsen was the first concentration camp to be liberated by British troops, on 15 April 1945. When soldiers of the 11th Armoured Division arrived they found the camp littered with dead and dying prisoners, many of whom were recent arrivals from Auschwitz and other camps in the east. The camp was overcrowded and around 60,000 starving people, many suffering from typhus, tuberculosis and dysentery, required immediate aid.

Despite the best efforts of medical staff, hundreds of prisoners died in the days after the liberation. In the weeks that followed, British troops also buried over 10,000 bodies in mass graves. Evacuation of the camp began on 21 April and the last hut was burned to the ground on 21 May 1945.

From a collection of 284 photographs relating to the British Army from the end of World War Two to the evacuation of Aden, 1967.