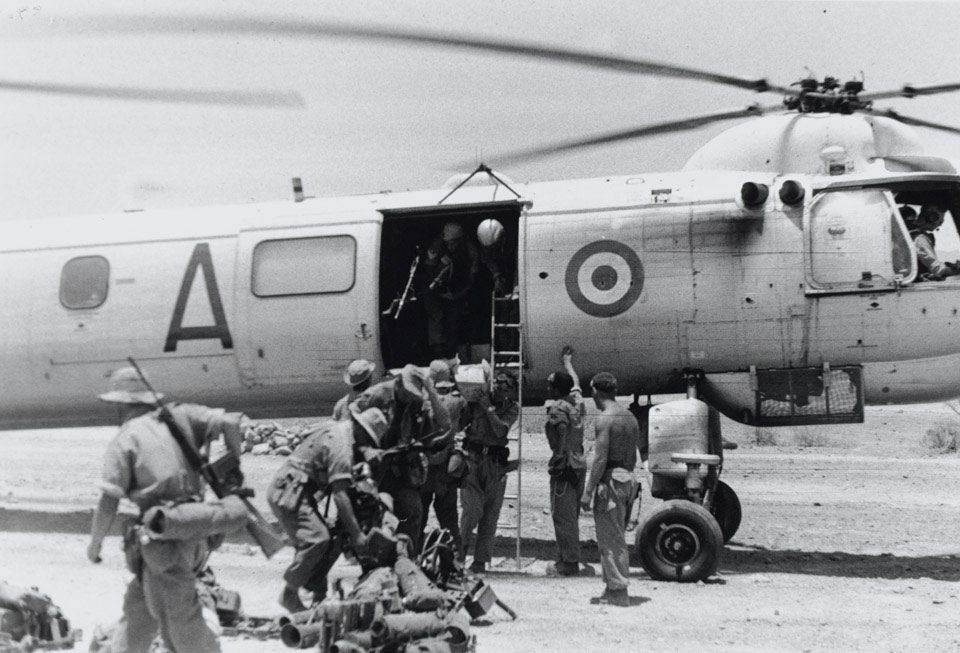 British soldiers embarking on a Bristol Belvedere helicopter in the Radfan, Yemen, 1965 (c)

The twin-engined Bristol Type 192 Belvedere helicopter was designed for a variety of transport roles including troop deployment, supply dropping and casualty evacuation. It was used by the British Army throughout the 1960s.

From a collection of 284 photographs by Tom Pocock relating to the British Army from the end of World War Two in 1945 to the evacuation of Aden, 1967.