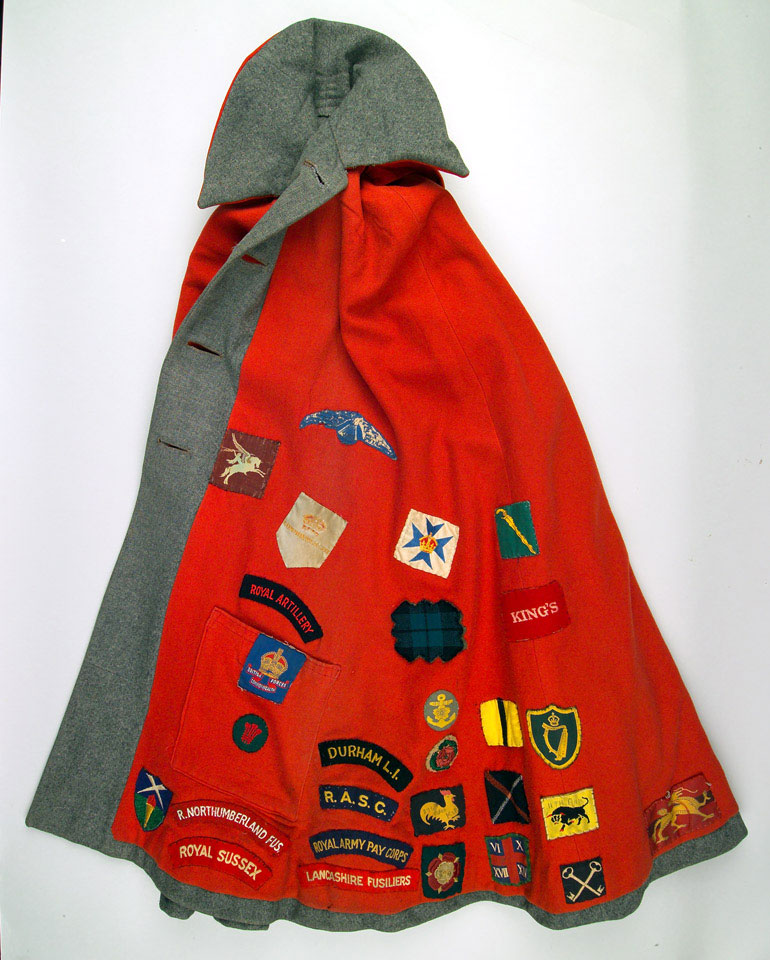 The cape has 32 formation badges, 20 shoulder titles, four sleeve badges and proficiency badges sewn on to it. The formation and shoulder badges are from British and Commonwealth units that served during the Korean War (1950-1953). Many Queen Alexandra's Royal Army Nursing Corps women nursed the sick and wounded in Korea and shared the hazards of warfare. Others were stationed in Hong Kong where they cared for evacuated Commonwealth soldiers.