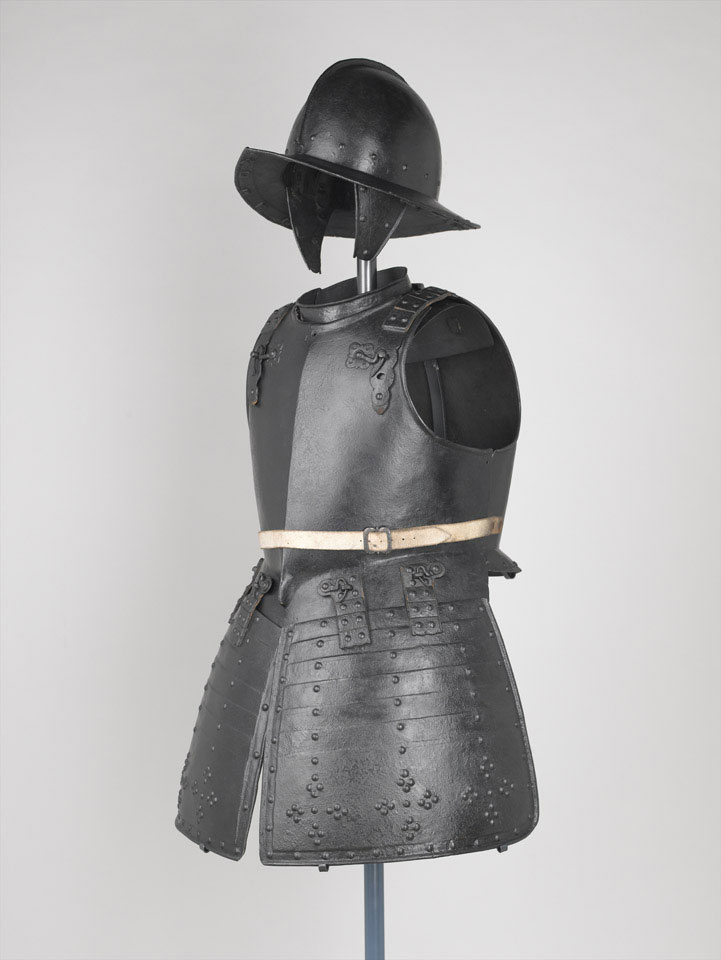 This armour consists of a pot helmet, back and breast plates, tassets to protect the lower trunk and thighs and a gorget to guard the throat. A pikeman's armour could weigh between 20 and 30 kg; many men abandoned it because of its weight. Around two-thirds of the men in a Civil War infantry regiment would have been armed with muskets, but the rest would have used a five-metre, steel-tipped pike. Pikemen played an important role in protecting musketeers from enemy cavalry - no horse would charge onto the closely-packed points of their pikes.