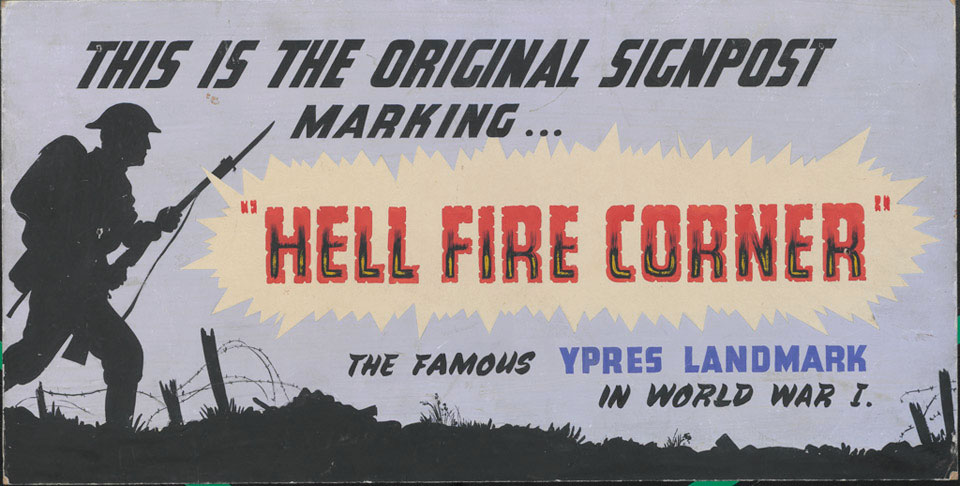 Advertising board was used to display the signpost that marked 'Hellfire Corner', 1950 (c)

Hellfire Corner was a busy junction on the Menin Road, which ran from Ypres in Belgium to the frontline trenches. It was a very dangerous place, being within easy range of the German guns. As a result of constant heavy shelling it was given this nickname by British troops.

Lieutenant William Storie of the Royal Army Service Corps brought the sign back to Britain after the First World War (1914-1918). In 1920 he placed it on display in his shop window on Prince's Street, Edinburgh. The evocative name 'Hellfire Corner' was instantly recognizable to the generation who lived through the war, which is why Storie used it to attract crowds to his shop. Many of those who had survived would have passed the sign, or one of its predecessors, en route to and from the front line.

This advertising board dates from around 1950, indicating that the Hellfire Corner sign was on display in Stories' shop for many years.