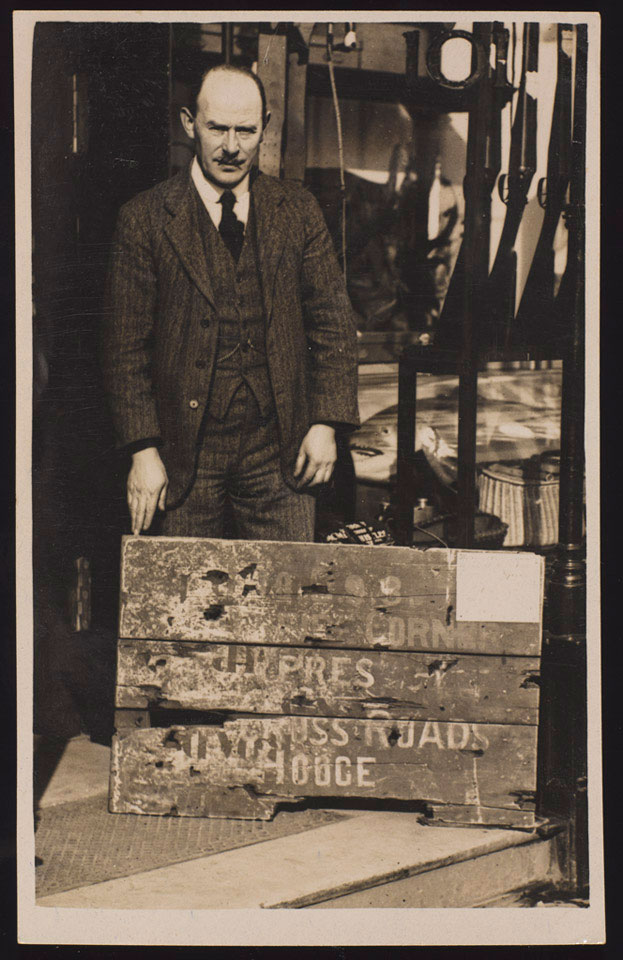 William Storie posing outside his shop with the signboard that marked 'Hellfire Corner', 1920 (c)

Hellfire Corner was a busy junction on the Menin Road, which ran from Ypres in Belgium to the frontline trenches. It was a very dangerous place, being within easy range of the German guns. As a result of constant heavy shelling it was given this nickname by British troops.

Storie served as a second lieutenant with the Royal Army Service Corps and brought the sign back to Britain after the First World War (1914-1918). He displayed it in his shop window on Prince's Street, Edinburgh. The evocative name 'Hellfire Corner' was instantly recognizable to the generation who lived through the war, which is why Storie used it to attract crowds to his shop.

This photograph was published in the Daily Mirror on 11 March 1920, with the caption: 'Do you recognise it? The shell-scarred board which used to stand at Hell Fire Corner, Ypres. Like many a "demobbed" it has found its way to "Blighty" and is now exhibited in a Prince's Street shop'.