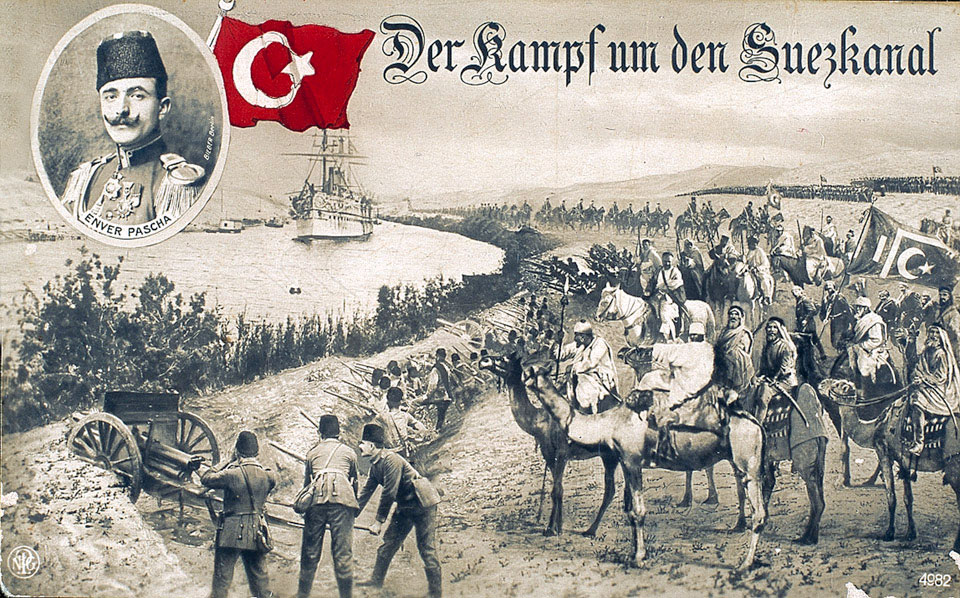 German postcard celebrating the Turkish raid on the Suez Canal, 1915

On 2 February 1915, Turkish forces in the Middle East attempted to breach British defences on the strategically vital Suez Canal. Despite this propaganda postcard's depiction of Turkish troops reaching the waterway the reality was that the assault was easily beaten off by the British who were well prepared, having fortified the length of the canal. The fighting lasted for two days and the Turks lost over 2,000 men. The card also shows Enver Pasha, the Turkish commander-in-chief.

From a collection of photographs and postcards of Captain N M Morris, Hodson's Horse.