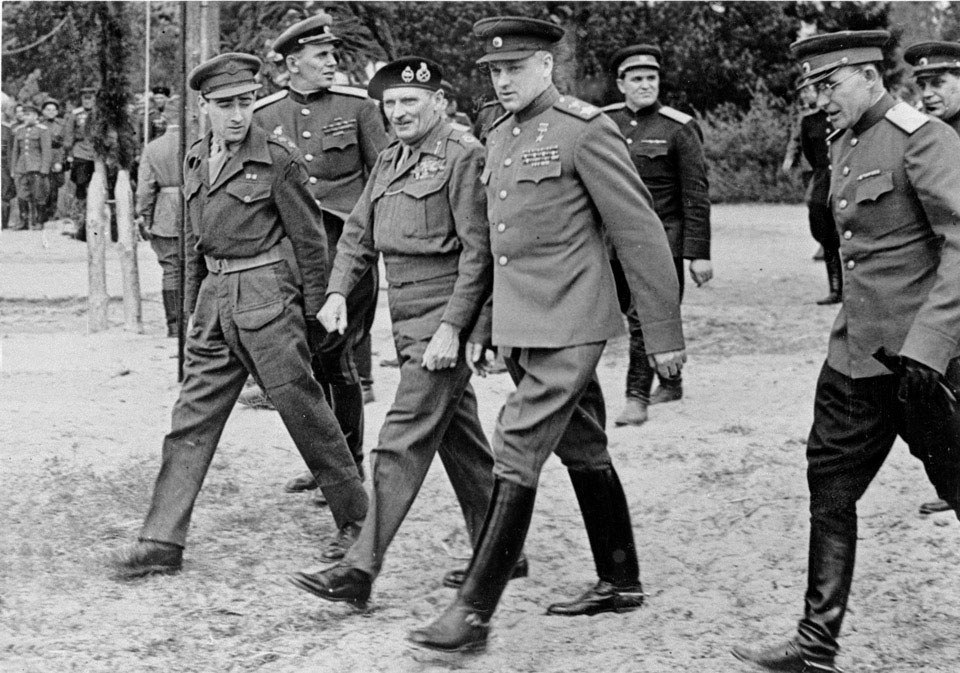 Montgomery commanded 21st Army Group (comprising the British 2nd Army, 1st Canadian Army and attached US Army units) during its advance across Holland and north Germany. On 4 May 1945, after weeks of fierce fighting, Montgomery received the surrender of the German forces opposed to him at Luneberg Heath near Hamburg. Marshal Rokossovsky was one of the Red Army's finest commanders during the war and led the 2nd Belorussian Front across East Prussia, northern Poland and into Germany. At the end of April 1945 his soldiers linked up with Montgomery's forces in northern Germany.