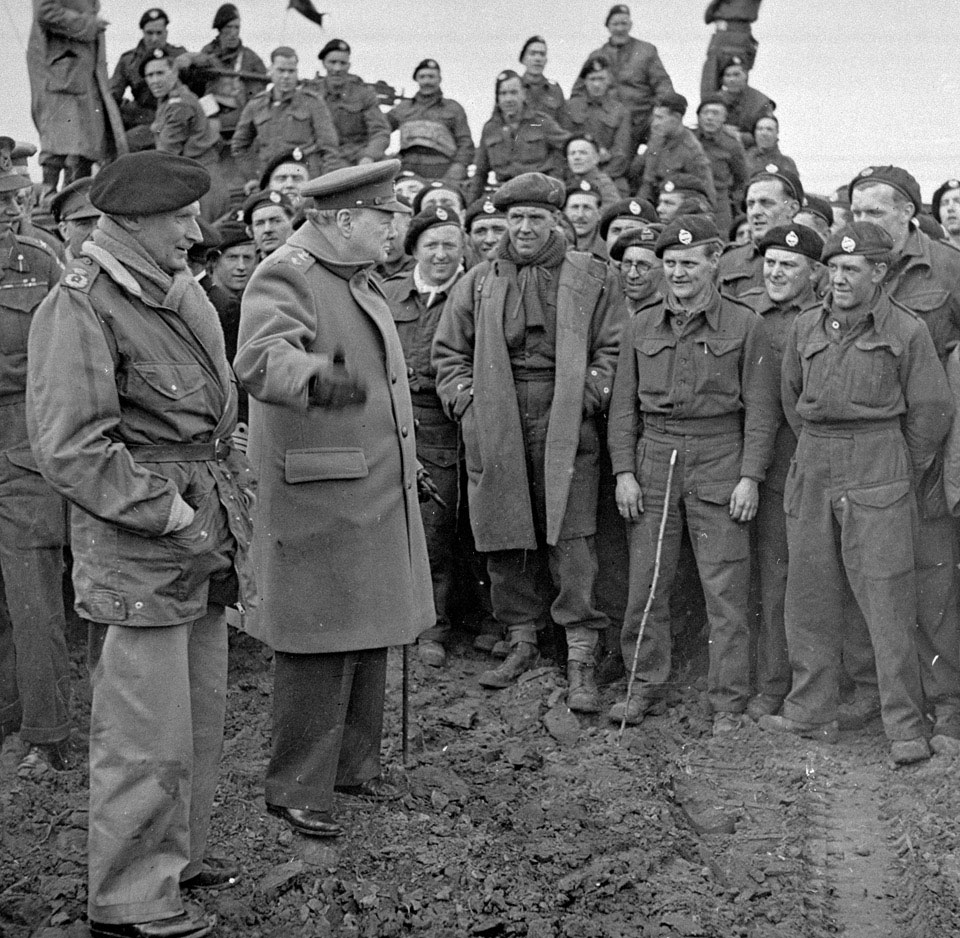 The 79th, under the command of Major General Sir Percy Hobart, was a specialist unit adapted from an existing armoured division with the invasion of Hitler's Fortress Europe in mind. It included armoured vehicle variants designed to undertake engineering and assault tasks such as bridging and countering minefields and anti-tank obstacles.

The 79th Armoured Division, part of Montgomery's 21st Army Group, crossed the Rhine on 23-24 March in a brilliantly executed assault known as Operation PLUNDER. It then headed out across the North German Plain.