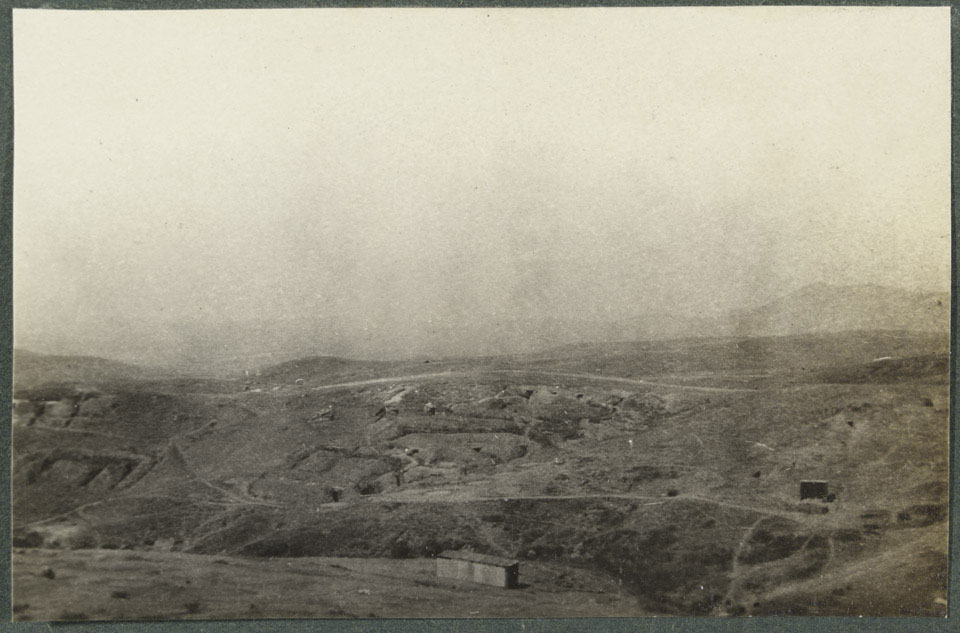 'The Birdcage' was a fortified line constructed by the Allies in the hills around Salonika. It was given this nickname due to the huge quantities of barbed wire used in its construction.

One of 83 photographs in an album compiled by Captain Cedric Adolph Salvesen, 7th Battalion the Oxfordshire and Buckinghamshire Light Infantry, May 1916 to July 1917.