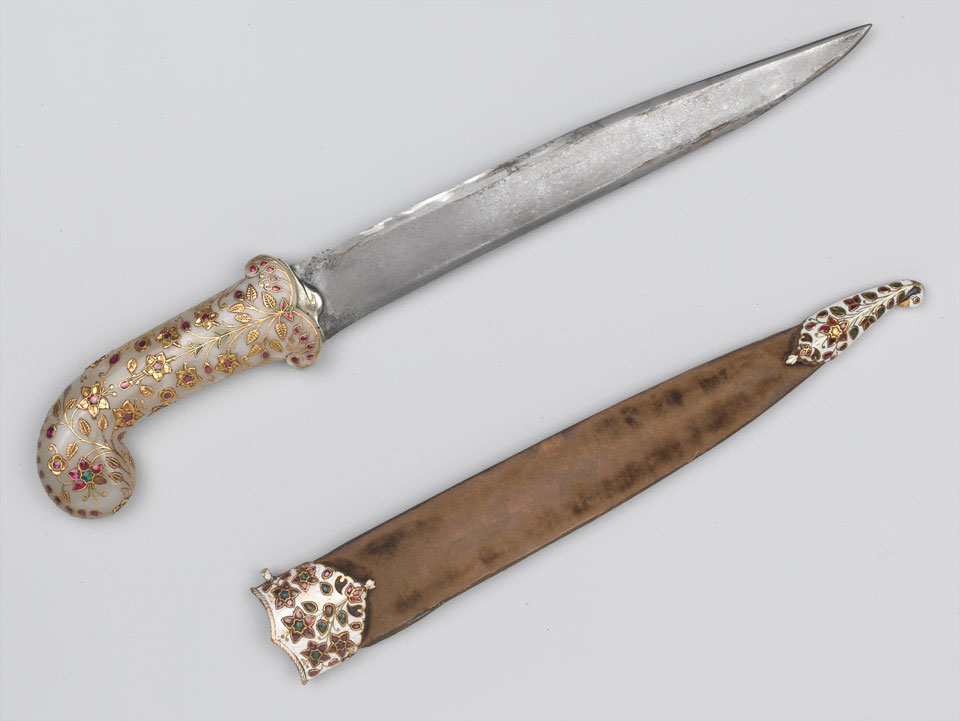 This handsome weapon, with its jewelled jade hilt, was presented to Charles Cornwallis, 1st Marquis Cornwallis, and former Governor-General of India, after the fall of Seringapatam, the capital city of Mysore. It was given by the officers who were engaged in the siege of the city which lasted from 5 April until 4 May 1799. Tipu Sultan, the famed 'Tiger of Mysore', was killed in the fighting and with his death the 4th Mysore War (1799) ended. The state of Mysore was subsequently partitioned by the British.