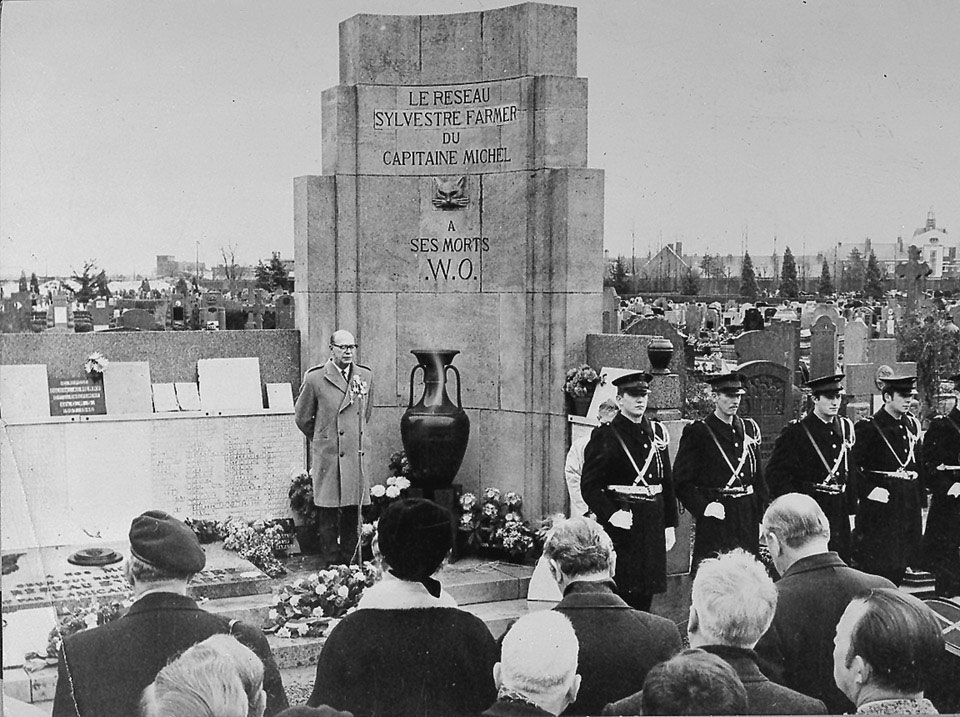 Ceremony at the memorial to the resistance fighters of the Sylvestre Farmer network run by Captain Trotobas of the Special Operations Executive.

Trotobas was killed in November 1943 whilst trying to evade arrest by a German raiding party who had been given the address of his safe house by a captured agent, code named 'Olivier'. Trotobas was recommended for a posthumous Victoria Cross (VC), but this was rejected as there was no one senior to him present to report on his actions.