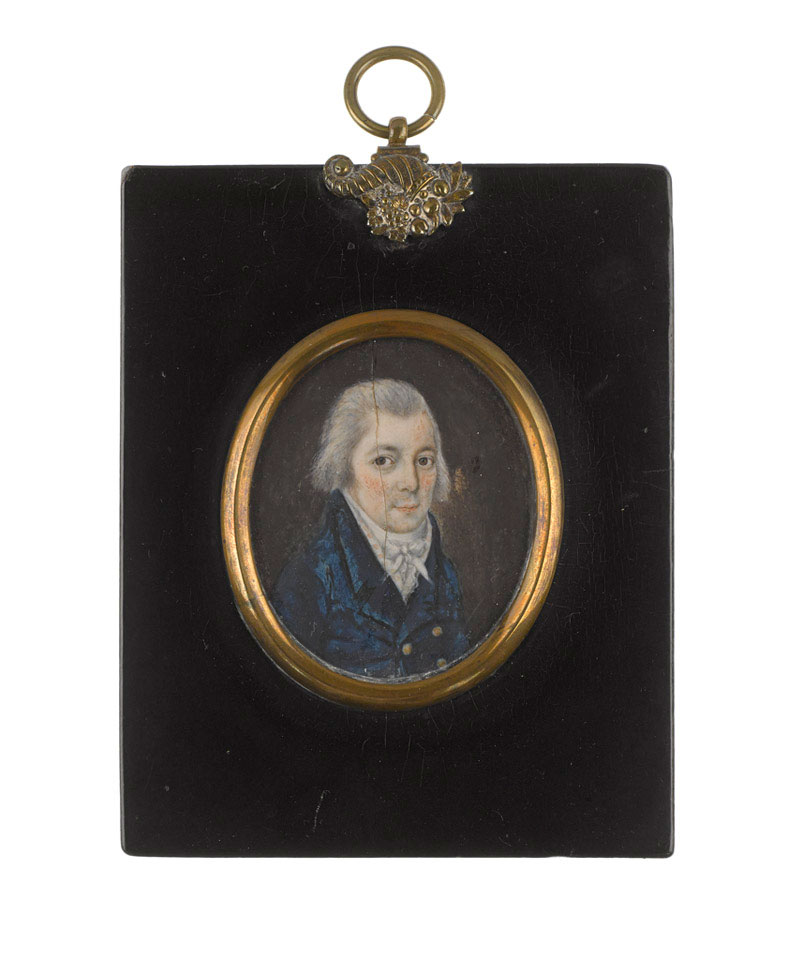 John Hamilton (1755-1835) was commissioned as an ensign in the Bengal Native Infantry in 1773. He took part in the conquest of Cooch Behar and commanded a sepoy battalion at the capture of Gwalior in 1778. He transferred to the 76th Regiment of Foot in 1788 and fought in the Second Mysore War against Tipu Sultan in 1790. After a number of promotions he was lieutenant-colonel of the 81st Regiment of Foot in the Third Cape Frontier War of 1799-1803.

After serving as a brigadier-general on the staff in Ireland, he was promoted major-general and appointed Inspector-General to the Portuguese Army in 1809. During the Peninsular War (1808-1814) he commanded a division at the Battle of Albuera in 1811 and at Nivelle in 1813. In recognition of his service, Hamilton was promoted lieutenant-general and appointed Governor of Duncannon Fort in 1814, and created a baronet in 1815, shortly before this portrait was painted.