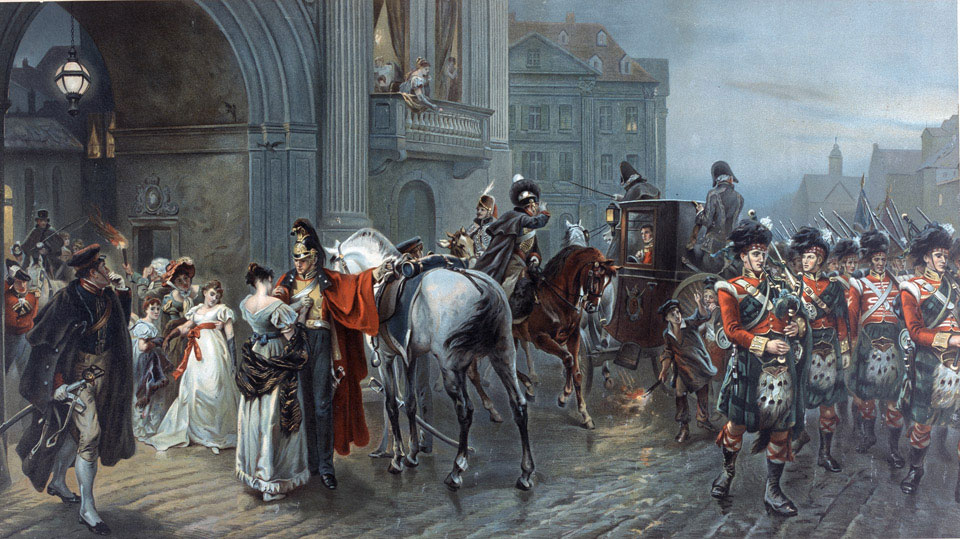 Officers leave the Duchess of Richmond's ball, with the Duke of Wellington depicted in a carriage to the right. The ball took place in Brussels on 15 June 1815, the eve of the Battle of Quatre Bras and three days before the Battle of Waterloo. The ball was attended by many British officers and, when the Duke arrived and confirmed the rumours of the Emperor Napoleon's advance, many hurried away to prepare, while others remained, later leaving directly for the field of battle.