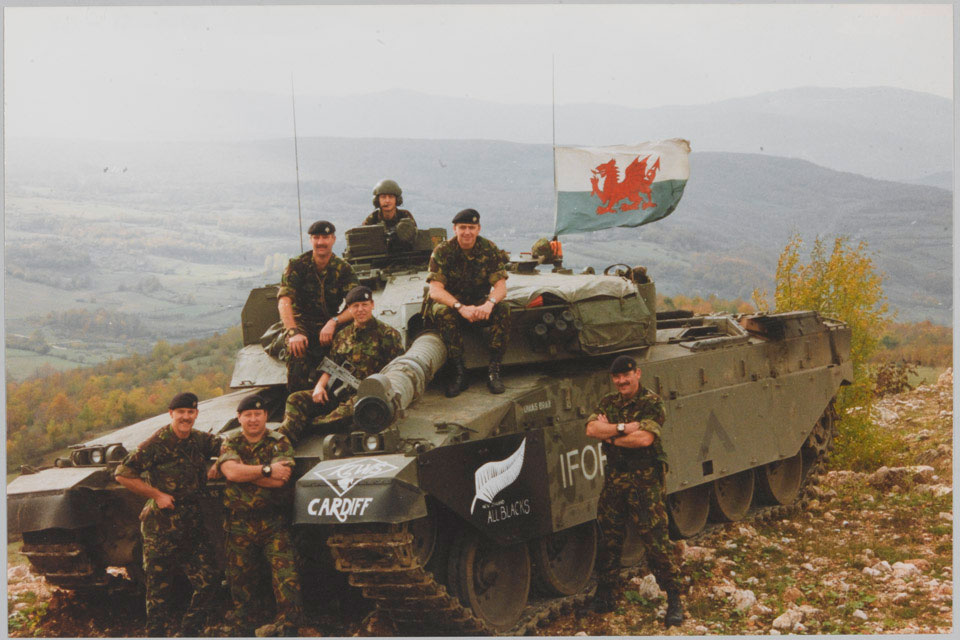 The regiment deployed to Bosnia during Operation Resolute, the British part of the Implementation Force (IFOR), the NATO-led multinational peace enforcement body. The 1st Queen's Dragoon Guards spent seven months in Bosnia during 1996, operating primarily in the Banja Luka region.

One of 60 photographs of the deployment of the 1st Queen's Dragoon Guards in Bosnia, June to December 1996.