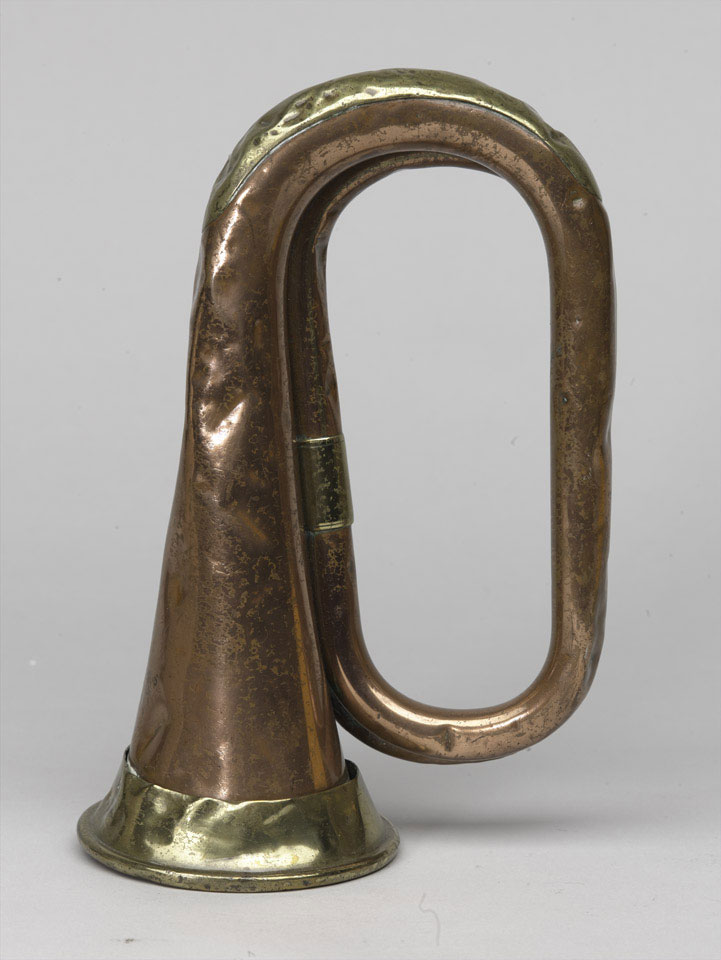 Discovered by Lance Corporal Geoff Parrott of 'C 'Company, 1st Battalion, The Gloucestershire Regiment, in recently vacated Chinese positions in Gloster Valley, Korea in May 1951. The Chinese normally used trumpets to direct infantry movements but why a British Army bugle was used has been a mystery for nearly fifty years.

The stamp '2GR' and '16' would seem to indicate that it was the property of the 2nd King Edward VII's Gurkha Rifles. As the 2nd Battalion was virtually wiped out during the Japanese invasion of Malaya in 1941 we can only speculate that it was picked up by a Korean serving with the Japanese Army and taken back to Korea as a trophy. Ten years later it returned to the battlefield, perhaps even with its original owner, to be once again left behind in defeat, this time for the Chinese Armies.