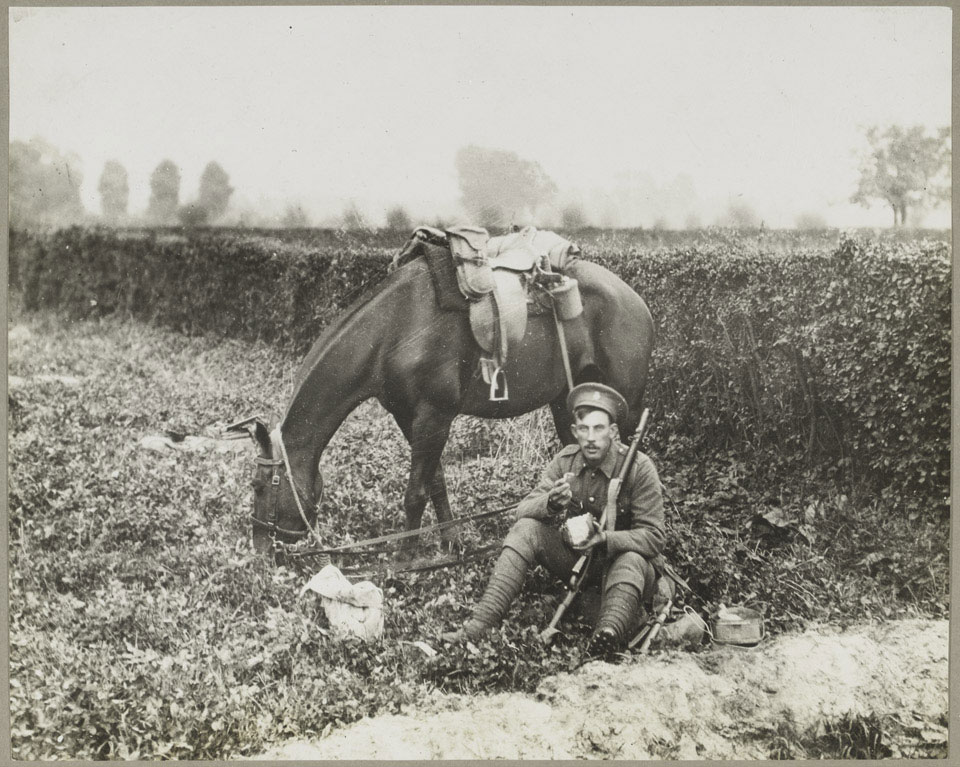 A British trooper and his mount enjoy a meal break during their duties with the British Expeditionary Force's (BEF) Cavalry Division. The latter was commanded by Major-General Edmund Allenby and during 1914 distinguished itself at Mons (23 August), Le Cateau (26 August), the Marne (5-12 September), the Aisne (13-28 September) and Ypres (19 October-22 November) alongside many other smaller actions. During these engagements the division served as both a mounted mobile force and as dismounted infantry.