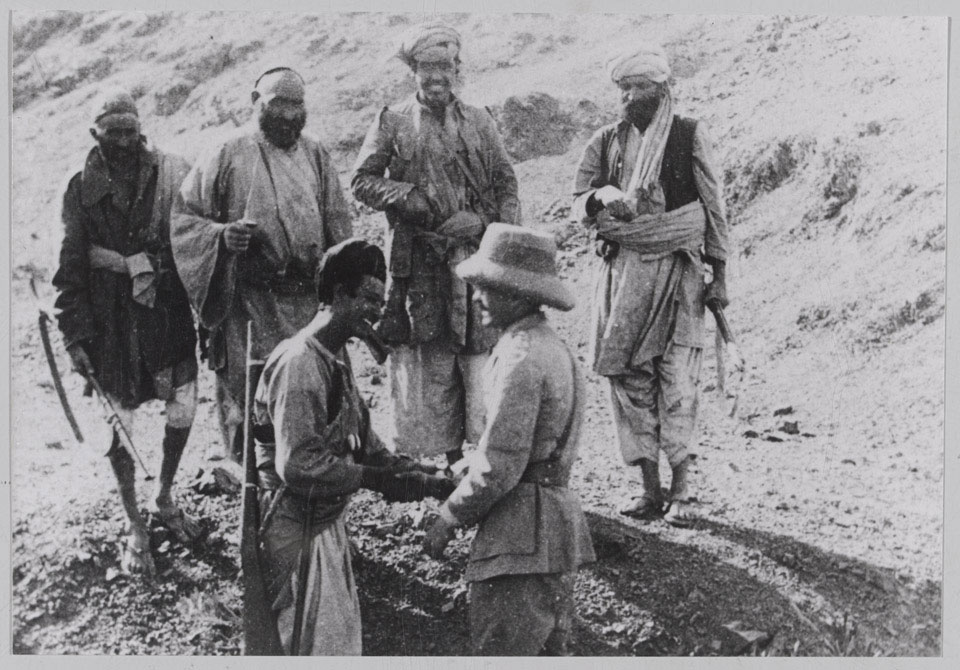 The Afridi tribe were traditionally one of the most powerful on the frontier. There were nine Afridi clans and all controlled their own areas in the Tirah Valley as well as access to the Khyber and Kohat Passes. When their clans were not fighting each other or attacking other Pathan tribes, they were frequently engaged against British-Indian forces. The British respected their fighting qualities and went at great lengths to enlist them into the Indian Army and frontier militias.

One of 13 photographs relating to Major M C Holmes of the 10/11th Sikh Regiment.