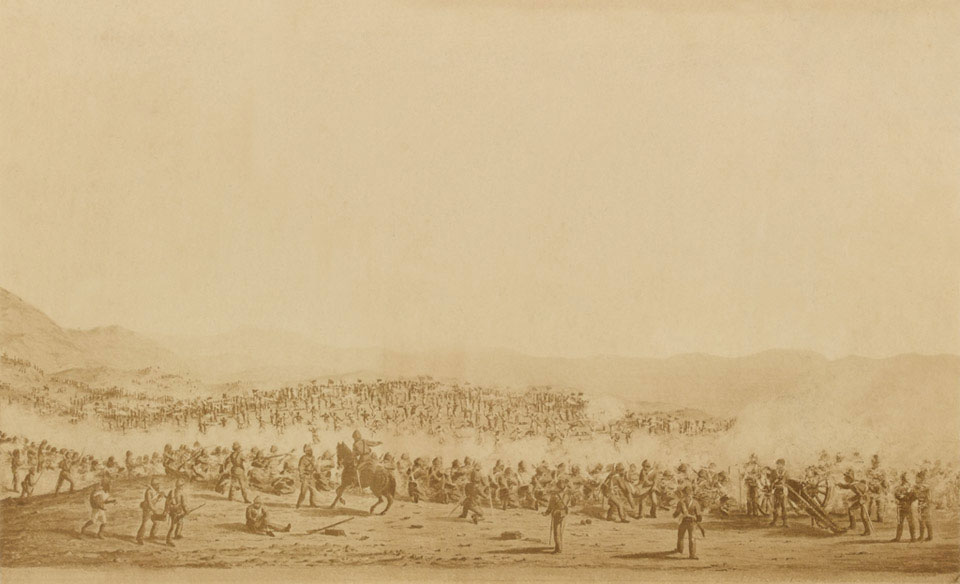 The Battle of Ahmed Khel was fought on 19 April 1880 and took place during Lieutenant-General Sir Donald Stewart's march from Kandahar to Ghazni, then on to Kabul. After a desperate fight, in which the 3rd Gurkhas distinguished themselves, the battle ended in a British victory. Irwin's unit, the 59th Regiment, fought alongside the 3rd Gurkhas at Ahmed Khel as part of Brigadier-General Hughes' 2nd Brigade. British and Indian casualties were 115. Afghan casualties were estimated to be around 3,000.