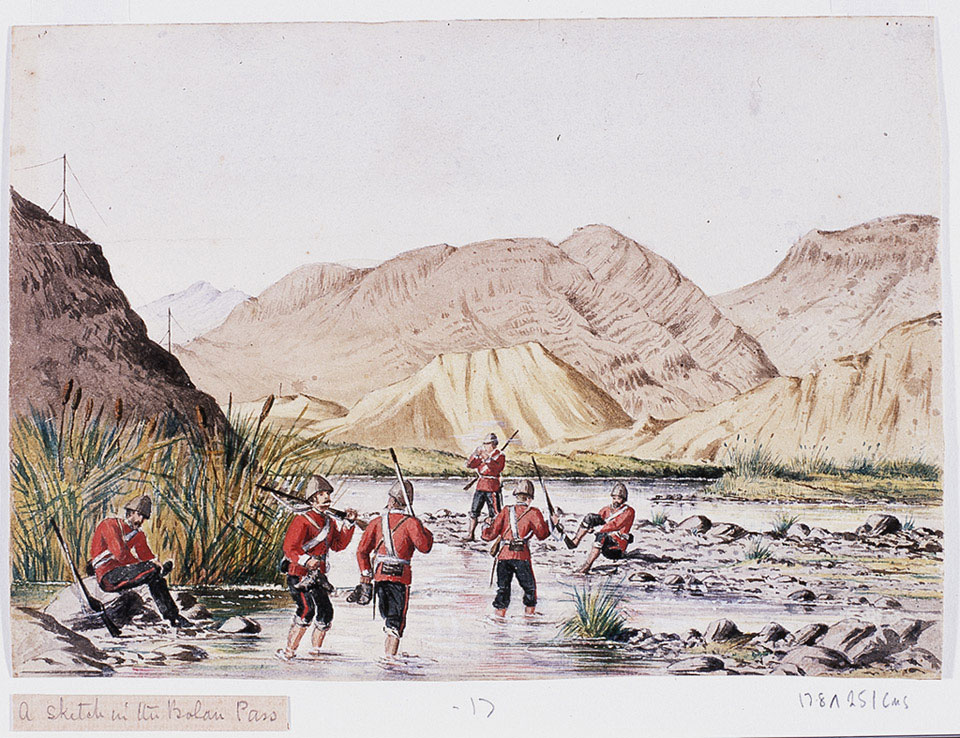 The Bolan Pass cuts through the mountains of the Hindu Kush to link Afghanistan with Baluchistan. It was a vital strategic route and during the 2nd Afghan War (1878-1880) the pass, and the warlike tribes that patrolled it, were brought under British control in order to safeguard lines of communication. After negotiating the Bolan, Lieutenant-General Donald Stewart's force encountered little hostile resistance on their march to Kandahar. Perhaps as a result Lieutenant John Irwin, 59th (2nd Nottinghamshire) Regiment, was able to sketch his men cooling their feet after a hard-day's march.