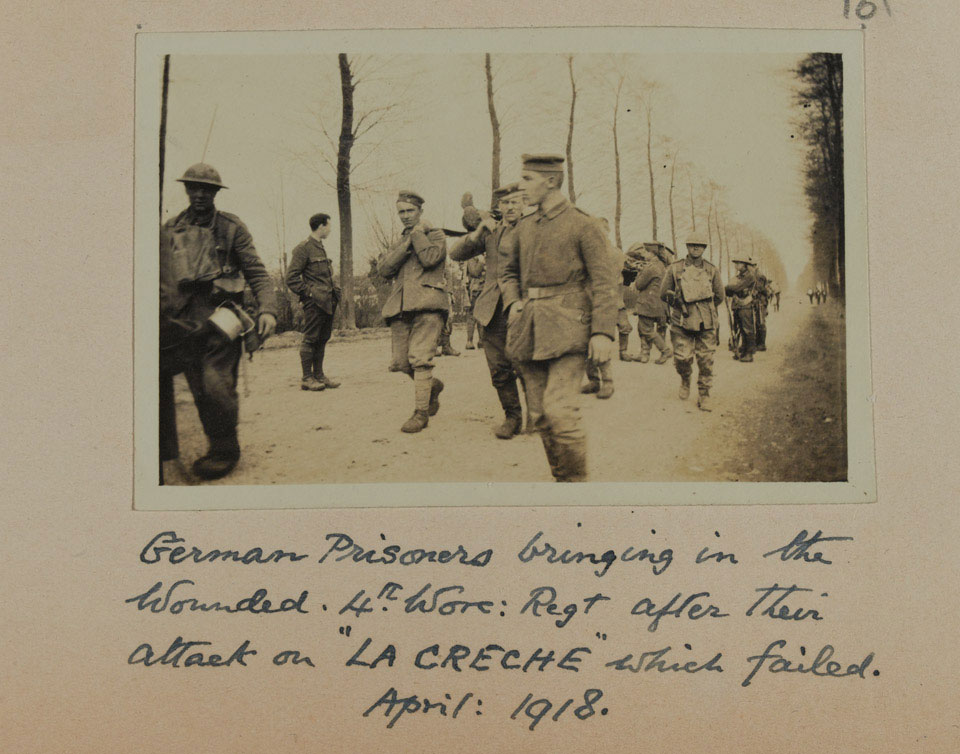 'German prisoners bringing in the wounded. 4th, Worc: Rgt. after their attack on "La Creche" which failed', Flanders, April 1918