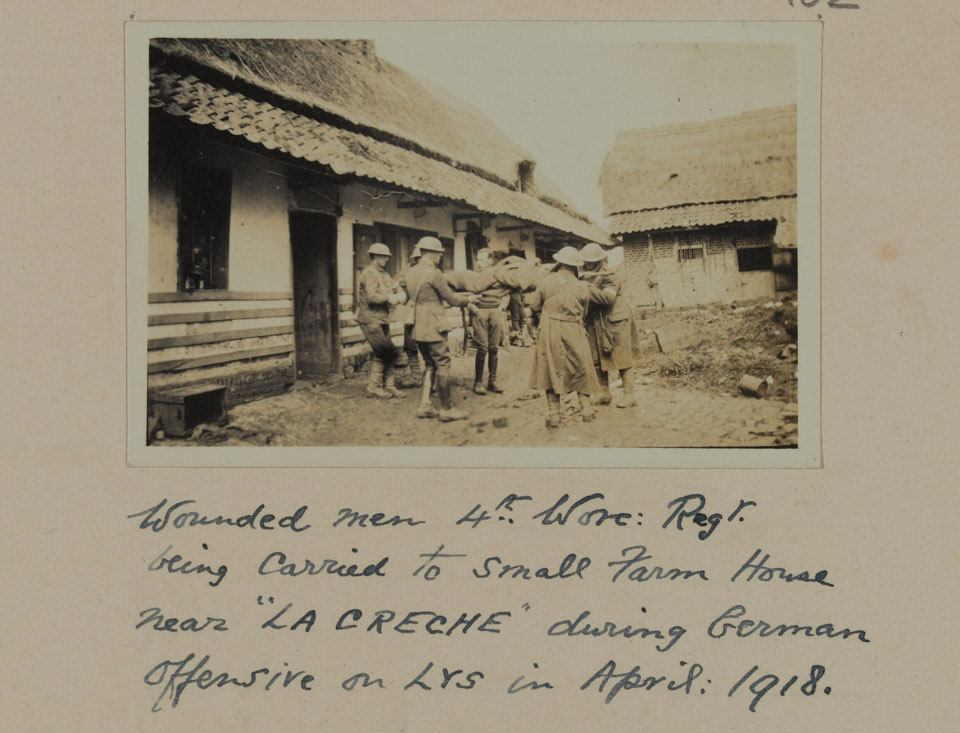 Wounded men of 4th Battalion, The Worcestershire Regiment, are carried to a farm house during the offensive on the Lys, March 1918