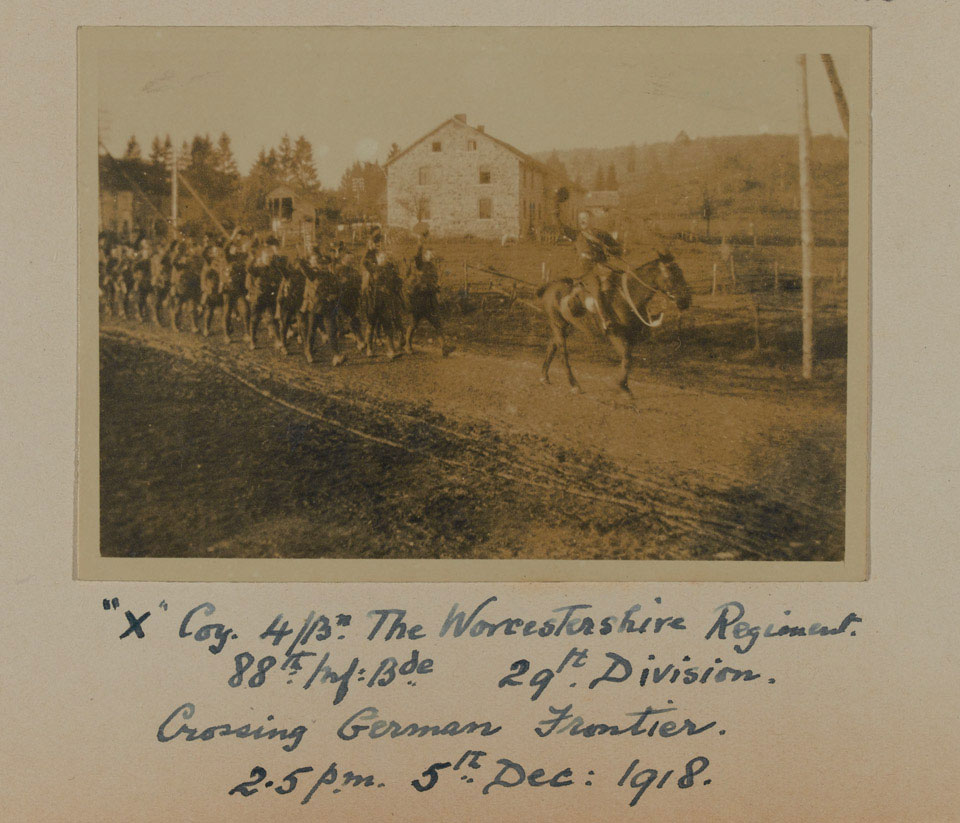 The 4th Worcesters had landed in France with 88th Infantry Brigade in March 1916 following service at Gallipoli and in Egypt. The battalion served on the Western Front until the Armistice in November 1918 and then joined the Army of Occupation in Germany.