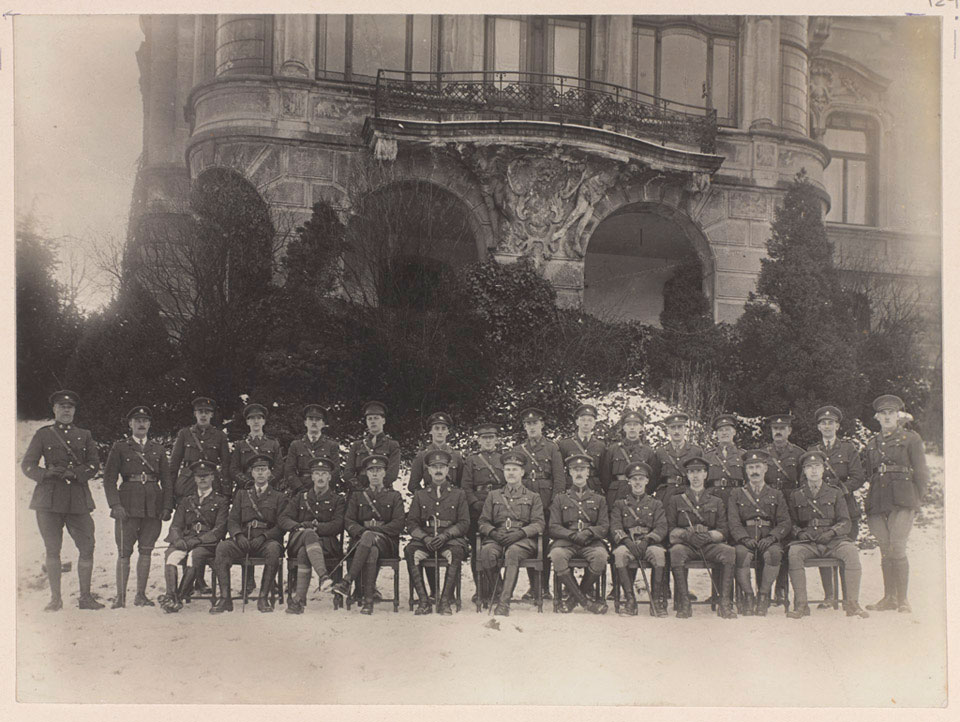 Major Bowcher Clarke and fellow officers of the Army of the Rhine, 1919

Clarke had earlier served with 2nd Battalion The Worcestershire Regiment and had helped lead that unit in its famous charge that repelled a massed German assault at the Battle of Gheluvelt (29-31 October 1914). He later commanded the 4th Worcestershire and ended the war with two Distinguished Service Orders.

In 1919 he proceeded to Germany in command of the 53rd (Young Soldiers) Battalion, The South Wales Borderers, for the Army of the Rhine.