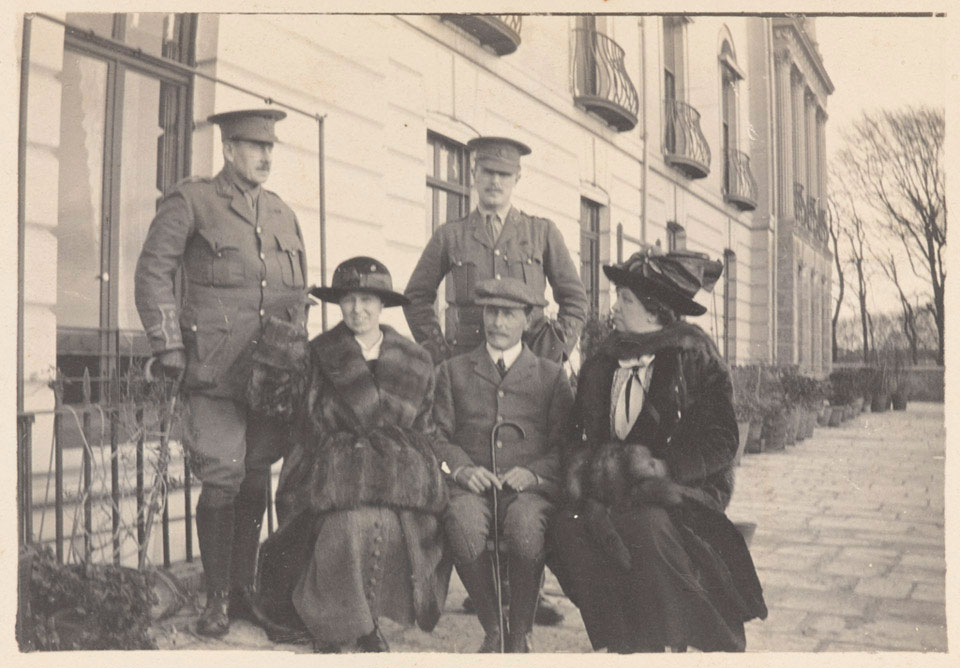 Captain Bowcher Clarke (standing right), with his family during leave in Plymouth, November 1914

Clarke was adjutant of 2nd Battalion The Worcestershire Regiment and the month before this photograph was taken he had helped lead the battalion in their famous charge that repelled a massed German assault at the Battle of Gheluvelt (29-31 October 1914). He later commanded the 4th Worcestershire and ended the war with two Distinguished Service Orders.

From an album of 134 photographs compiled by Brigdier Bowcher Campbell Stenhouse Clarke DSO (1882-1969).