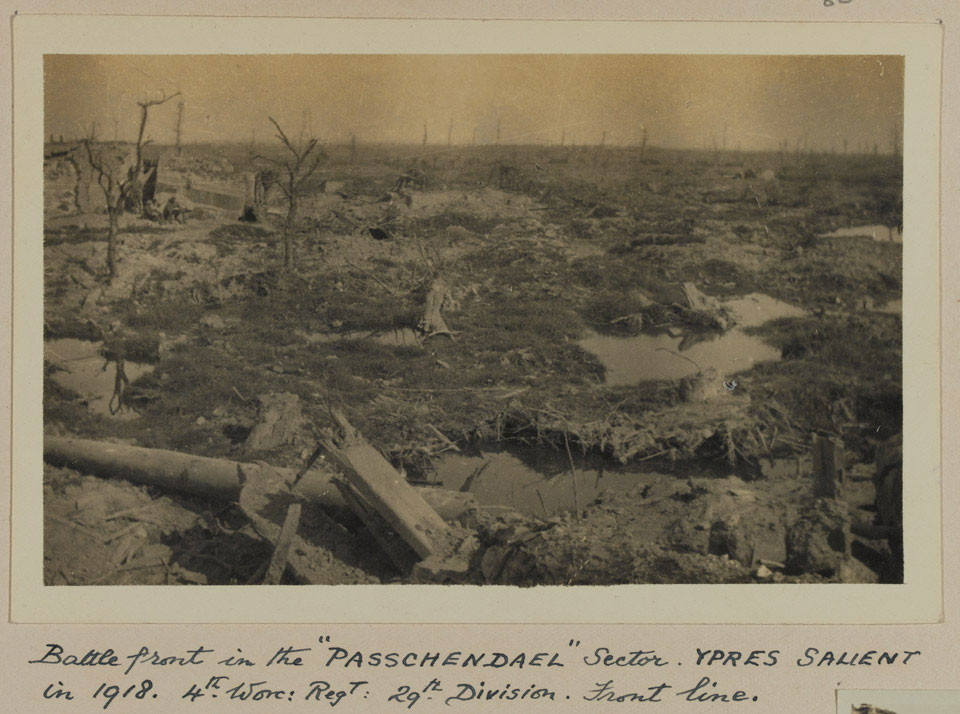 'Battlefront in the Passchendaele Sector of the Ypres Salient in 1918'

The Third Battle of Ypres (or Passchendaele) was launched on 31 July 1917. The operation aimed to drive a hole in the enemy lines, advance to the Belgian coast and capture the ports, thus removing the German submarine menace. Foul weather and strong German resistance, including the use of mustard gas, saw the offensive grind to a halt in a shell-churned and water-logged wasteland.

By the time the Canadians had captured the town of Passchendaele on 6 November the British had advanced eight kilometres (five miles). Commonwealth losses approached 300,000. German casualties were 260,000. The battle of attrition almost broke the resolve of both armies.