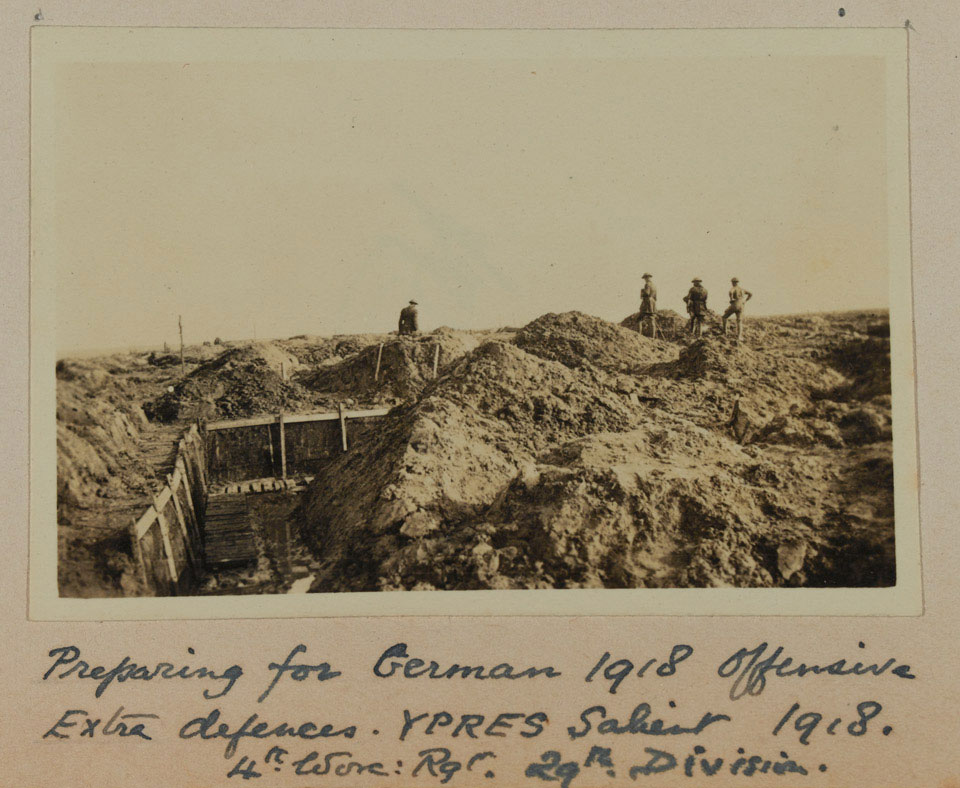 Soldiers of 4th Battalion, The Worcester Regiment, prepare their lines for the German attack which was launched on 21 March. Using troops released from the Eastern Front following the Russian Revolution in 1917, the Germans attempted to win the war before the Americans arrived in France and strengthened the Allies. A series of attacks were launched in the Arras region, on the Lys in Flanders and then on the Aisne.