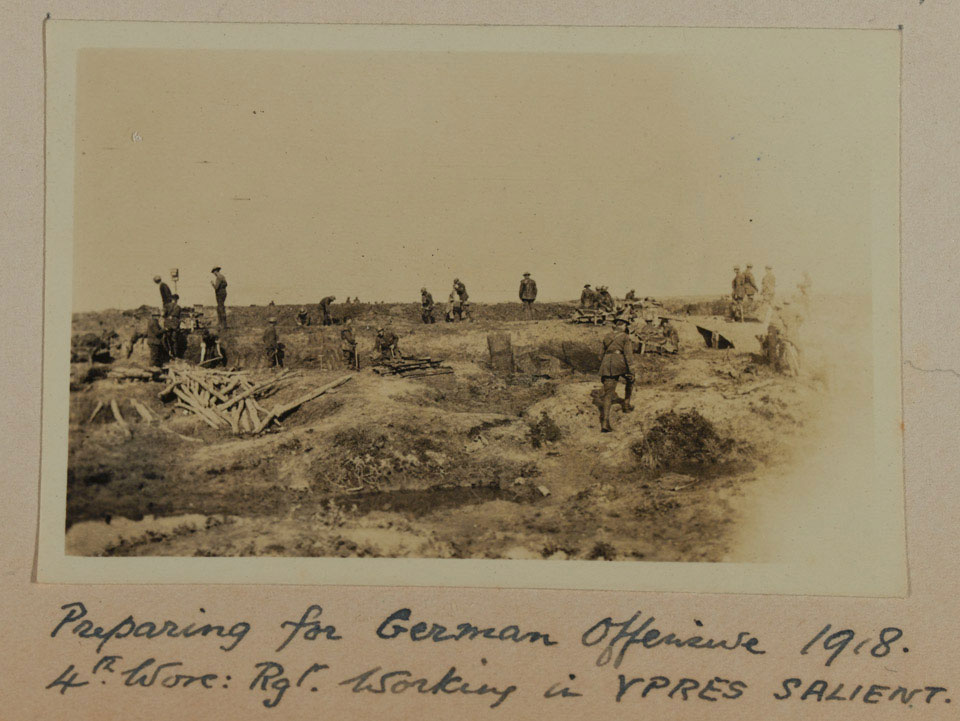 This photograph was taken during the Battle of the Lys (7-29 April 1918), the German Spring offensive in Flanders. Clarke's battalion, the 4th Worcestershire, was then stationed at La Crêche near Bailleul, where it helped beat off successive attacks until relieved on 15 April.