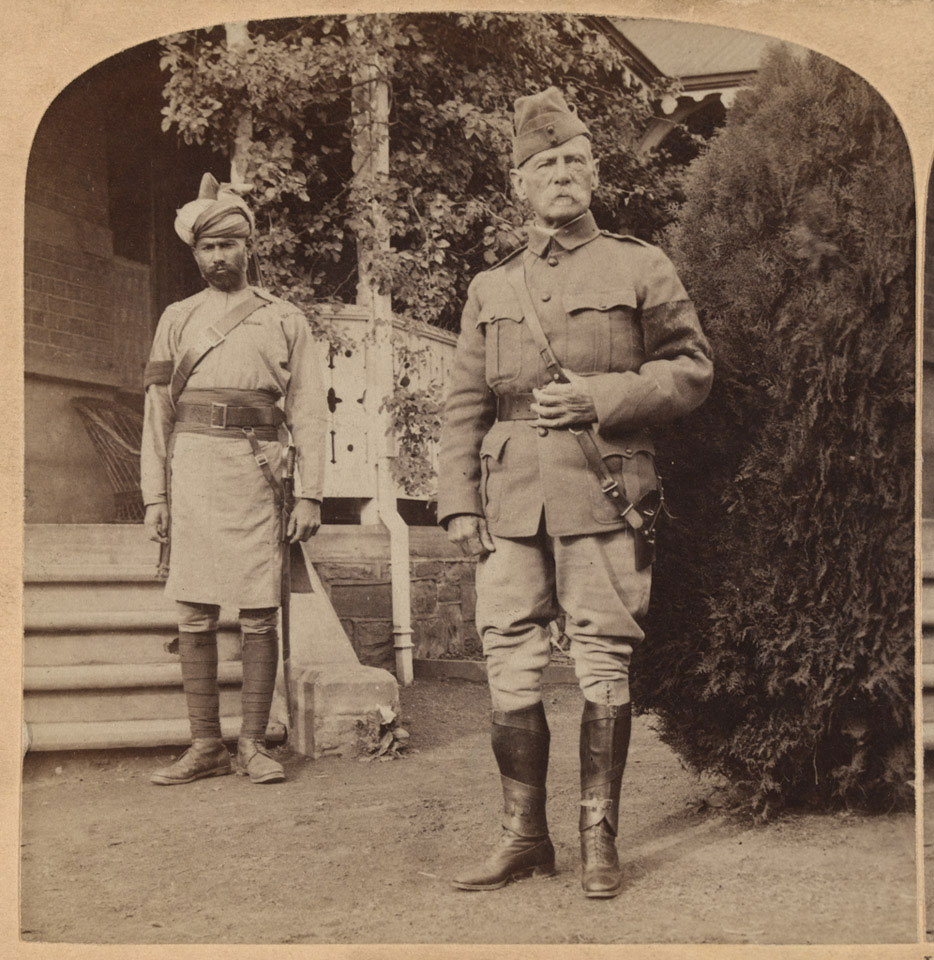 Lord Roberts in uniform with his Indian orderly. Roberts' force captured Pretoria, capital of the South African Republic, on 5 June 1900. The Boers had decided not to defend the city and ordered a retreat along the Delagoa Bay railway line. Despite the loss of their capital, the Boers refused to surrender and Roberts had to continue the war by capturing the rest of the Transvaal and defeating the mobile Boer commandos.