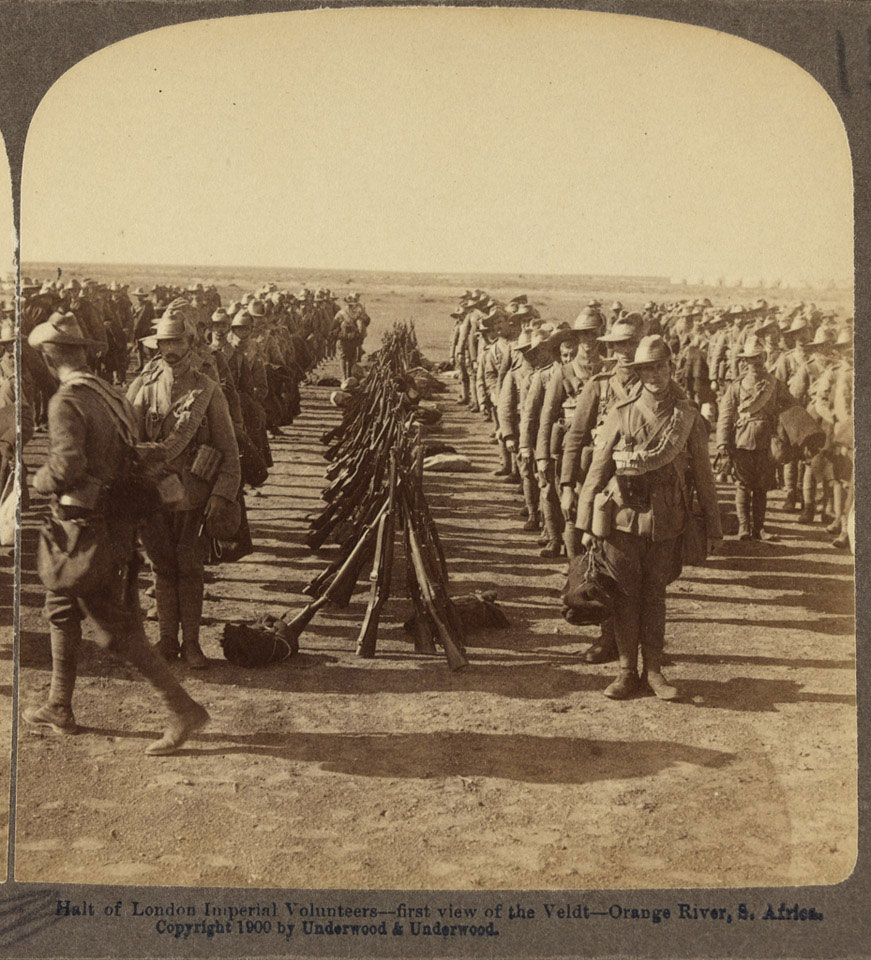 The City of London Imperial Volunteers were raised in December 1899 by the Lord Mayor of London and were equipped at the expense of the City Corporation. Recruited from men serving in the volunteer units in the London area, it eventually comprised two companies of mounted infantry, one battalion of infantry and one battery of artillery. The regiment embarked for South Africa in January 1900.

From a box of 89 stereoscopic cards entitled, 'South African War through the Stereoscope Pt 2 Vol 1'. Published by Underwood and Underwood and produced by Works and Sun Sculpture Studios, 1900 (c).