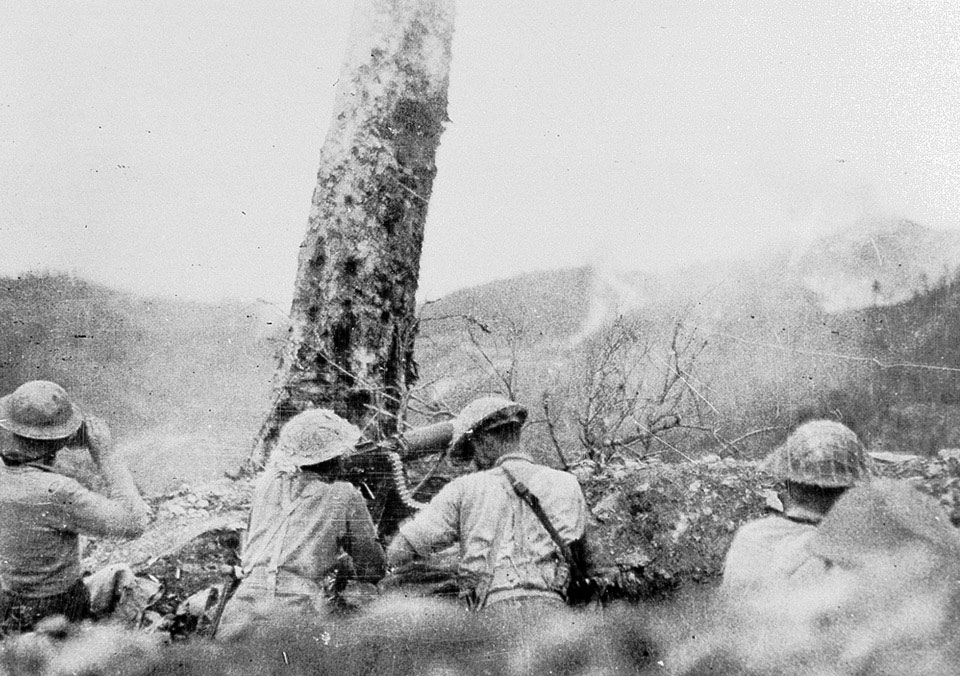 The Royal Air Force aiding Gurkhas during an attack on a hill near Palel, April 1944

Gurkha soldiers of the Indian Army open fire with a Vickers machine-gun while in the distance aircraft of the Royal Air Force strike at Japanese positions during the latter's drive along the Palel road towards Imphal in April 1944.

From a collection of 48 photographs relating to the Burma Campaign.