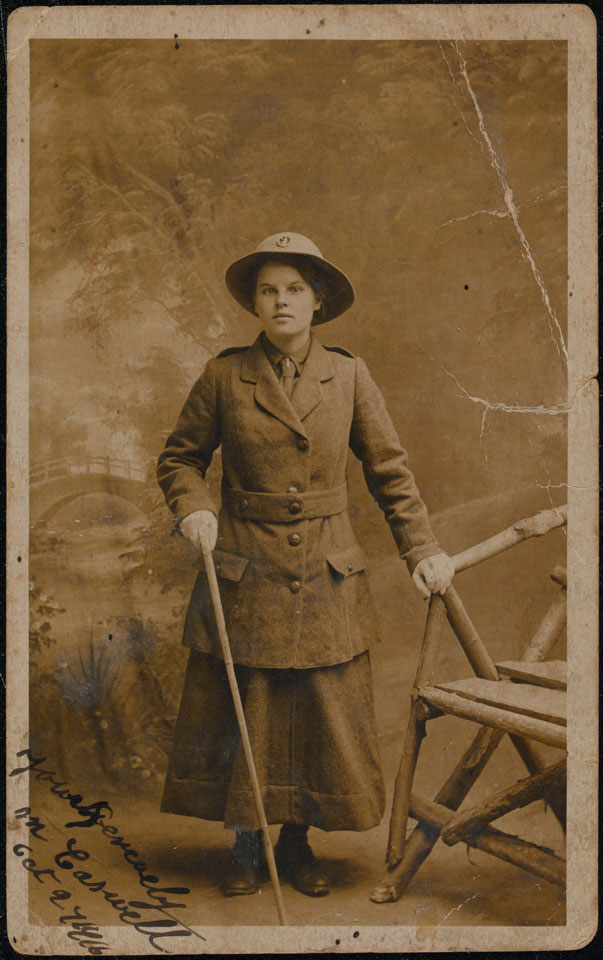 The Women's Legion was formed in August 1915 to provide cooks, waitresses and gardeners to the Army. Caswell (1896-1918) later transferred to the Women's Army Auxiliary Corps (WAAC), enlisting at Tidworth in 1917. The WAAC had been formed that year to free up valuable and experienced soldiers from the rear areas for front line service. Women were employed in a variety of jobs. As well as cooking and waiting on officers, they served as clerks, telephone operators, store-women, drivers, printers, bakers and cemetery gardeners.