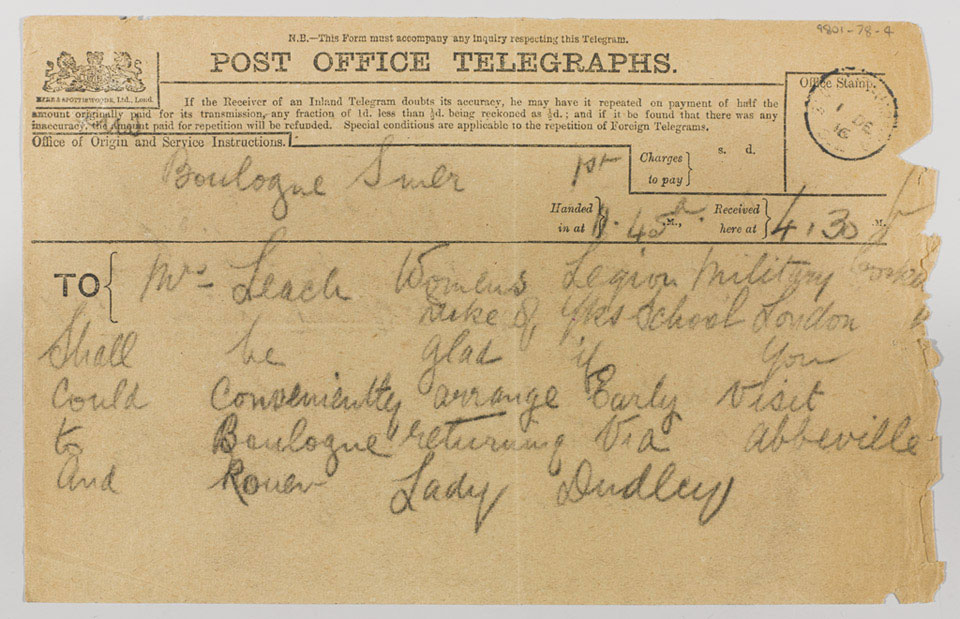 Telegram from Lady Rachel Dudley to Florence Leach about her visit to France, 1 December 1916