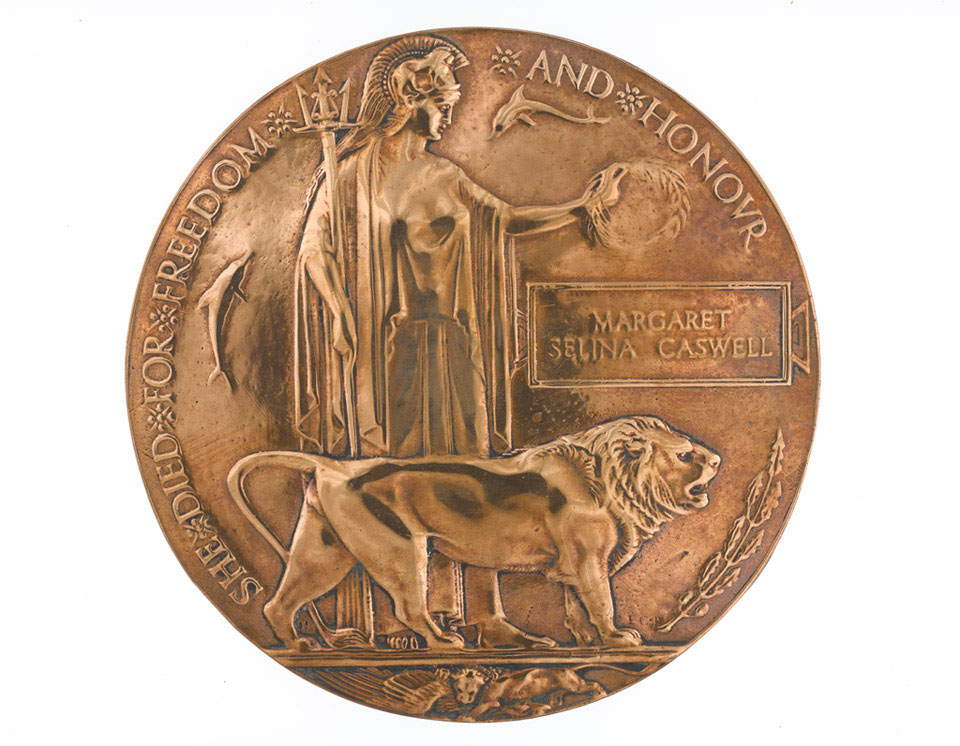 Circular, bronze memorial plaque or medallion issued to the relatives of the 1.3 million Commonwealth service personnel killed during World War One (1914-1918).

Commonly known as the 'Dead Man's Penny', the plaque was designed by Edward Carter Preston (1885-1965) who was commissioned after winning a War Office competition. The figure of Britannia holds a trident while a lion, a symbol of Britain's strength, stands beside her. She gestures with an olive branch towards the soldier's name, held in a rectangular panel. The medal is inscribed, 'She Died for Freedom and Honour'. Dolphins on either side of the panel represent Britain's naval power and below the standing lion, another lion is shown pouncing on an eagle, symbolising Britain's victory over Germany.