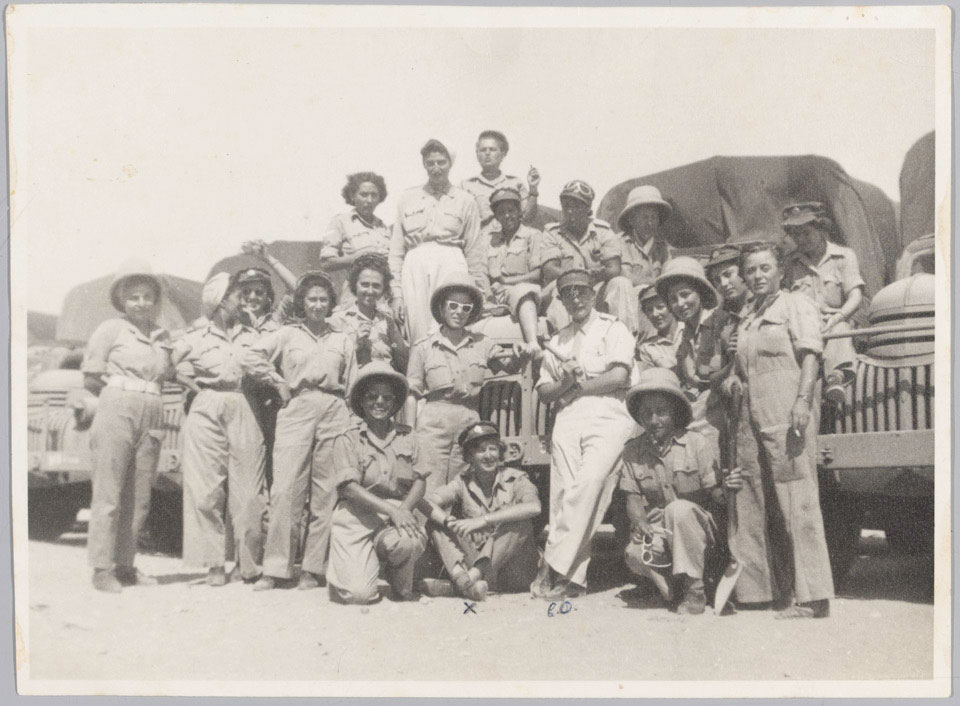 The reverse of the photograph is inscribed. It is dated, 'Aug. 44', and the hand-written notes refer to the '2nd day' of a convoy crossing the Sinai peninsula.

'We'd had hot bully [beef] for lunch with hunks of bread and cheese washed down with tea. Can't tell you how hot it was - about 103 [degrees] or more. I took the skin offmy arm - when I laid it on a vehicle door! C.O. and I are the only British - the rest are of all nationalities'.

The author then lists the names of some of those in the picture, exclaiming, 'Some of the names! What names what languages'.

Women in the Auxiliary Territorial Service (ATS) served all over the British empire and women from all over the empire served in the ATS, including with locally formed units.In Egypt and Palestine, the ATS were responsible for all communications, based at ordnance depots, at General Headquarters or lower commands.

From papers relating to Cynthia B (Sally) Healey.