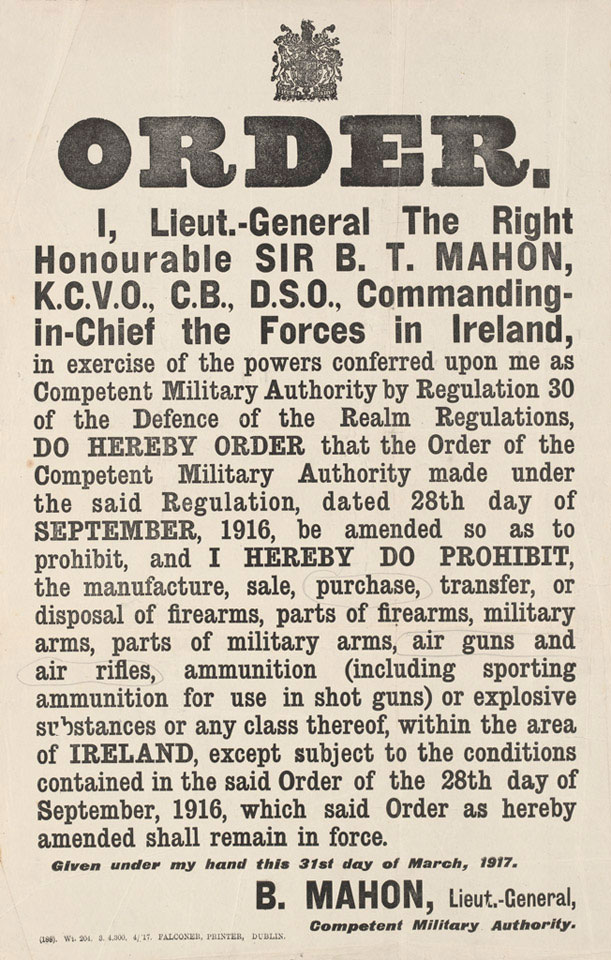 Poster of an order prohibiting the sale of firearms in Ireland, 1917

The poster contains an order issued during World War One (1914-1918) by Lieutenant-General Sir Bryan Thomas Mahon, Commander-in-Chief, Ireland, representing the 'Competent Military Authority'. The order, dated 31 March 1917, aimed to prevent Irish Republican forces obtaining weaponry to use against the forces of the Crown.