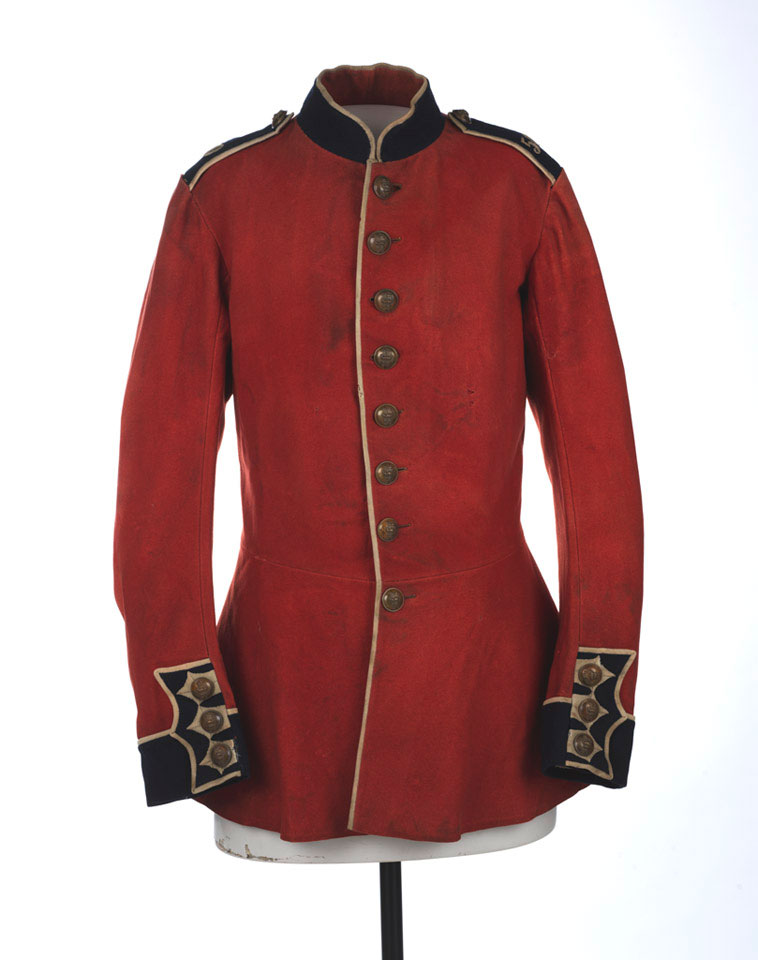 A 'sealed pattern' is a prototype of any item that the British Army issued to soldiers. It provided clothing or equipment suppliers with an example to copy.

The tunic was introduced in 1855 as a replacement for the coatee. As this change fell during the Crimean War (1854-1856) there was a wearing out period for the coatee and the more practical tunics were not immediately adopted by all.

By the turn of the century the British infantryman had a more or less standard uniform, which consisted of a red tunic with coloured cuffs, cloth epaulettes, dark blue trousers, boots and white webbing straps.